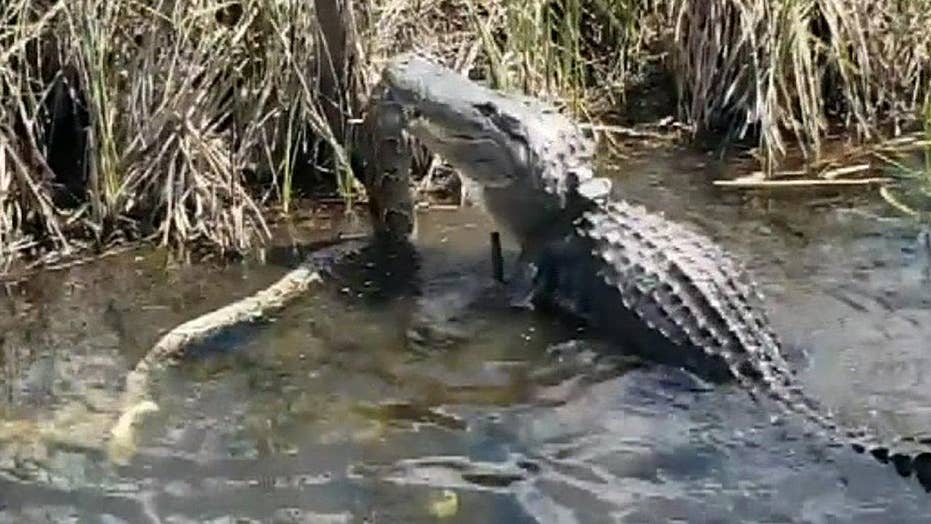 A giant python in the Florida Everglades met its demise earlier this week when an alligator decided to make the serpent its next meal.

Rich Kruger was near the Shark Valley Visitor Center in Miami-Dade on Monday when he came across the shocking sight.

In a short video he later posted to Facebook, the gator is seen violently shaking the python, which Kruger estimated was more than 10 feet in length. After lifting the python about halfway out of the water, the gator appears to relax before lying partly on top of the now lifeless snake.

As of Thursday morning, Kruger’s video had more than 20,000 views.

“Every day you go here, you see something new. It's amazing,” Kruger told Fox News of the Shark Valley area, noting it’s the “best place [for] biking, hiking, anything.”

The news follows that of another Florida man who was seen traveling around downtown Jacksonville Beach holding a large venomous snake in his arms.