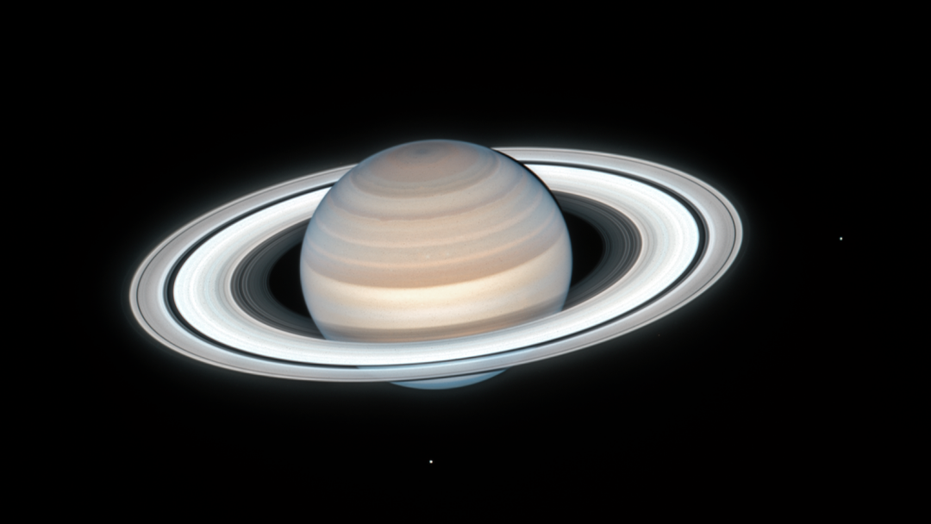 Summertime on Earth is a little different than summer on Saturn.

The Hubble Space Telescope captured a remarkably clear image of the ringed planet on July 4, when the planet was 839 million miles from Earth, according to a statement from NASA.

The image shows the rings in exceptional detail, while also highlighting "a number of small atmospheric storms" that come and go with each annual observation of the planet by the telescope.

"The banding in the northern hemisphere remains pronounced as seen in Hubble's 2019 observations, with several bands slightly changing color from year to year," NASA said in the statement. "The ringed planet's atmosphere is mostly hydrogen and helium with traces of ammonia, methane, water vapor, and hydrocarbons that give it a yellowish-brown color."

The reddish haze seen in the northern hemisphere could be due to increased heat from the sunlight, changing the circulation of the atmosphere or removing ices from aerosols, NASA suggested. Another idea is the increased sunlight during the summer months is changing the amounts of photochemical haze produced.

"It's amazing that even over a few years, we're seeing seasonal changes on Saturn," lead investigator Amy Simon of NASA's Goddard Space Flight Center added in the statement.

Although the age of Saturn's rings is debated, their icy composition can also be seen in remarkable detail in the image. Many scientists believe the rings are almost as old as the planet itself, while others believe they are just a few hundred million years old, given their brightness.

"However, NASA's Cassini spacecraft measurements of tiny grains raining into Saturn's atmosphere suggest the rings can only last for 300 million more years, which is one of the arguments for a young age of the ring system," said Michael Wong in the statement.

Two of Saturn's moons are also visible in the image, Mimas (right) and Enceladus (bottom). NASA has previously said Enceladus could support life, making it one of the most intriguing places in the solar system.

Hubble, which was launched into low-Earth orbit in April 1990, celebrated its 30th anniversary in space earlier this year. Its eventual successor, the James Webb Space Telescope, described by NASA as the most powerful and complex space telescope ever built, is scheduled to launch on March 30, 2021.

However, work on the telescope was paused due to the coronavirus pandemic.