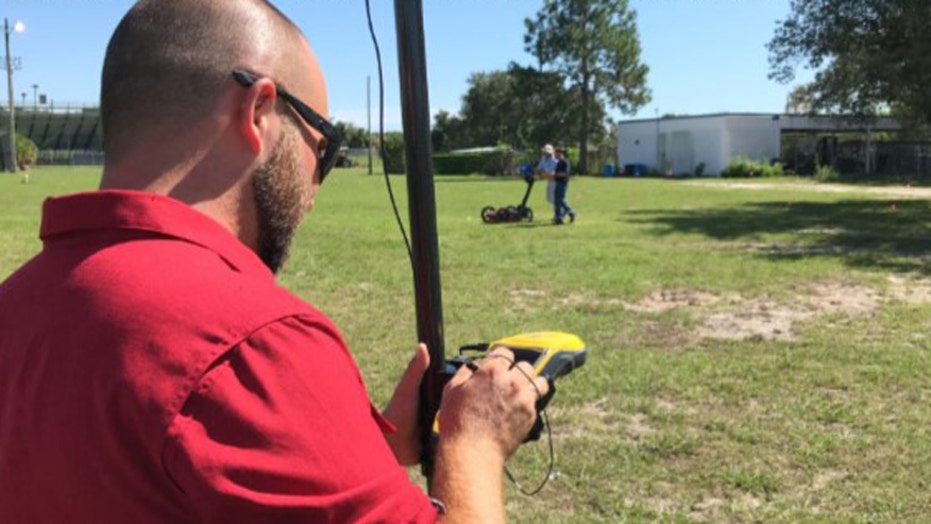 A lost cemetery containing the remains of 145 people has been discovered on the campus of a Tampa high school.

Underground scans revealed the burial ground, believed to be part of the historic Ridgewood Cemetery, on the campus of King High School.

Officials with Hillsborough County Public Schools became aware of the “possible unmarked cemetery for indigent citizens” on Oct. 17 and quickly brought in experts to search for the graves.

“Last month, our district received information from a citizen about a possible cemetery on the property of King High School,” it said in a statement. “Within days, our district hired a team of geophysical technicians from GeoView to begin mapping and scanning two areas on the campus.”

LOST CEMETERY MAY BE ON FLORIDA HIGH SCHOOL CAMPUS

“The first area that was scanned is on the southern edge of the King High School campus. This is the area where the technicians found clear evidence of burials,” it added. “Ground-penetrating radar found approximately 145 coffins, buried 3 to 5 feet deep.”

Researchers used ground penetrating radar to hunt the for the cemetery on the campus of King High School in Tampa. (Hillsborough County Public Schools)

The district notes that the findings match historical records of a one-acre cemetery at the site.

In a press conference, Hillsborough County Schools District board member Tamara Shamburger explained that the findings are consistent with the research that the district has done in collaboration with the Tampa Bay Research Center and other partners.

The cemetery is located beneath agricultural lab facilities and an agricultural workshop that was built in the late 1970s. The district is now planning to move the building.

The district notes that, while historical records of the cemetery vary, it is thought to contain between 250 and 268 burials — although only 145 have been located. As many as 77 of the burials may be infants or small children, although their smaller coffins may be difficult to locate by scanning, especially with the passage of time, according to officials.

Some coffins containing adult burials may also have decayed underground and some remains may have been moved to another cemetery. Additionally, some remains may be located beneath the workshop building.

Fox 13 reported that almost all of the burials in the Ridgewood Cemetery are African-Americans. The land containing the cemetery was bought in 1959 and built over, it said.

Another area on the northeast corner of the campus was also scanned, but no burials were discovered.

Other “lost cemeteries” have been found in the Tampa area recently. The Tampa Bay Times reported that almost 130 coffins from the all-black, segregation-era Zion Cemetery were discovered under part of a Tampa housing project in August.

Community leaders want to ensure that the cemeteries are treated with the respect they deserve.

"Somebody has got to right this wrong," Yvette Lewis, president of the Hillsborough County NAACP, told Fox 13. "This is not the first or the last [unmarked cemetery]. There are going to be more that are found. We have got to do something."

Information on the cemetery beneath King’s High School is being shared with county and state officials. “Hillsborough Schools is delivering these findings to the county Medical Examiner and State Archaeologist today — as outlined in Florida law,” it said, in its statement. “We expect they will take the next 30 days to review this report. They can then keep possession of the land or decide to turn the land back over to the school district.”

“If the land is turned back over to Hillsborough County Public Schools, our leaders will work with members of the Historical Response Committee to discuss proper ways to memorialize the individuals, how to best care for the space and learning opportunities for students at King High School and other schools,” the district added.

Earlier this year, archaeologists in Delaware announced the discovery of a Civil War soldier’s gravestone that may provide a vital clue in uncovering a long-lost African-American cemetery.

Last year, a newspaper article from almost 100 years ago shed new light on the mysterious tunnel network beneath the historic neighborhood of Ybor City in Tampa, Fla. A National Historic Landmark District, Ybor City is located northeast of downtown Tampa. The district’s tunnel network remains a source of fascination for historians.