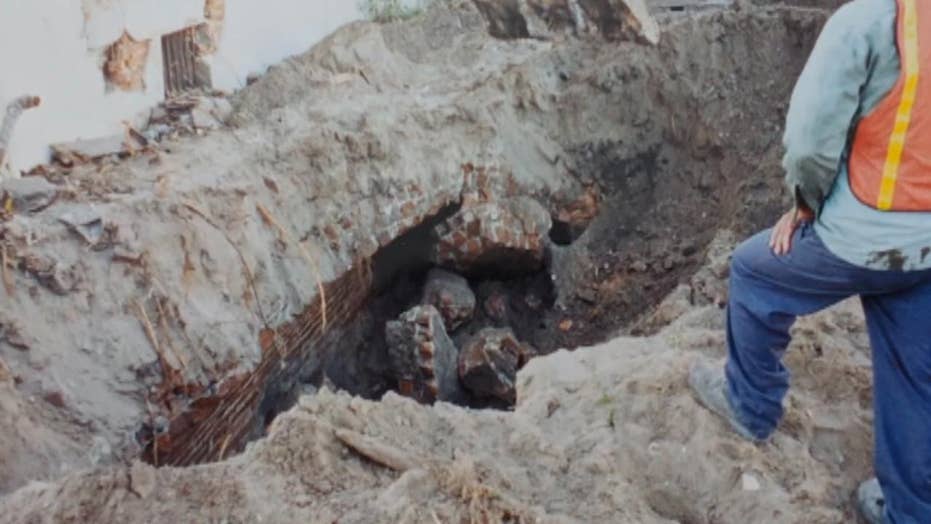 Century-old tunnels discovered at a construction site in Ybor City, Florida and historians aren't quite sure what they were used for.

A newspaper article from almost 100 years ago has shed new light on the mysterious tunnel network beneath the historic neighborhood of Ybor City in Tampa, Fla.

A National Historic Landmark District, Ybor City is located northeast of downtown Tampa. The district’s tunnel network remains a source of fascination for historians and a recent report from Fox 13 gave a glimpse of the strange subterranean world.

A 1921 newspaper article, however, offers fresh clues as to the tunnels’ uses.

Michael Strickland, a professor at Amridge University and independent historical researcher, contacted Fox News after seeing the Sept. 25, 1921 issue of the Tampa Tribune.

A Tampa Tribune reporter accompanied police into the mysterious tunnels as part of an article. “Underground tunnels, hidden panels, solid, barred doors, veiled passages, lookout poops and signal devices, all relics of a bygone day and age in this city, were discovered,” the article says. “In addition, gambling paraphernalia of all kinds, celo tables, poker and bolita layouts, every device known to the ingenuous minds of the gambling fraternity, were found in what were once notorious resorts.”

“Organized vice as such no longer exists in this city,” declares the article’s headline, with the reporter noting that former gambling joints are empty.

Of course, it is possible that the tunnel network was put to various uses at different times in its history.

Founded in 1886, Ybor City is renowned for its rich architecture, which includes former cigar factories and social clubs. Fox News has reached out to Ybor City with a request for comment on this article.

The Tampa Tribune ceased publication in 2016.

Historic tunnels are also found in other U.S. cities, such as the Cobble Hill tunnel in Brooklyn. Built in 1844, the massive tunnel beneath a busy Brooklyn street has been described as the world’s oldest subway tunnel.

In Canada, a network of early 20th-century utility tunnels beneath the city of Moose Jaw, Saskatchewan, was used as shelter by Chinese immigrants and also by bootleggers in the 1920s. Some anecdotes even link Al Capone to the tunnels, although it has not been proved that the famous gangster visited Moose Jaw.