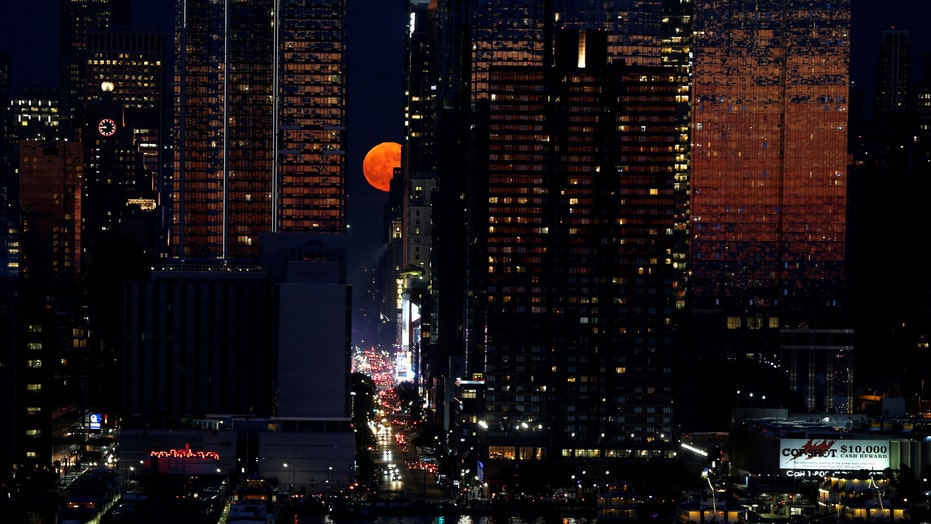 Skywatchers are in for a treat Friday when a stunning strawberry moon lights up the sky.

"This year has been full of astronomical events with the supermoons over the past few months and it doesn't end there,” said Zoltan Toth-Czifra, founder of Under Lucky Stars, in a statement emailed to Fox News. “Tonight the rare Strawberry Moon will rise and be visible each night over this weekend.”

“To make sure you catch it, the moon can be seen rising from 3pm EST onwards, but as it will still be light you will have a better chance to see it clearly later on, nearer to dusk, it will then burn brightly throughout the night,” he added. “Moons always rise in the east and set in the west - so follow this direction in your search.”

The moon will be full on Friday, at 3:12 p.m. ET. “The Moon will appear full for about 3 days around this time, from early Thursday morning into early Sunday morning,” NASA explains on its website.

The June full moon may also be linked to the phrase “honeymoon,” according to the Old Farmer’s Almanac.

“In the past, June has been the most popular month for weddings, leading some to suggest that the Moon’s honey-colored appearance in June was the origin of the ‘honeymoon’ phrase,” it explains on its website. “Nowadays, however, the most popular wedding months are August, September, and October, plus a little research shows that the Moon’s color never did have anything to do with that expression.”

NASA notes that a partial eclipse is also on deck. although this will not be visible for most people in the Americas. “The Moon will be close enough to opposite the Sun that it will pass through part of the partial shadow of the Earth, called a partial penumbral eclipse of the Moon,” it explains on its website. “During this eclipse, the Moon will not be in the sky for most of the Americas. If we could see the Moon, the slight dimming during this eclipse will not be noticeable without instrumentation.”