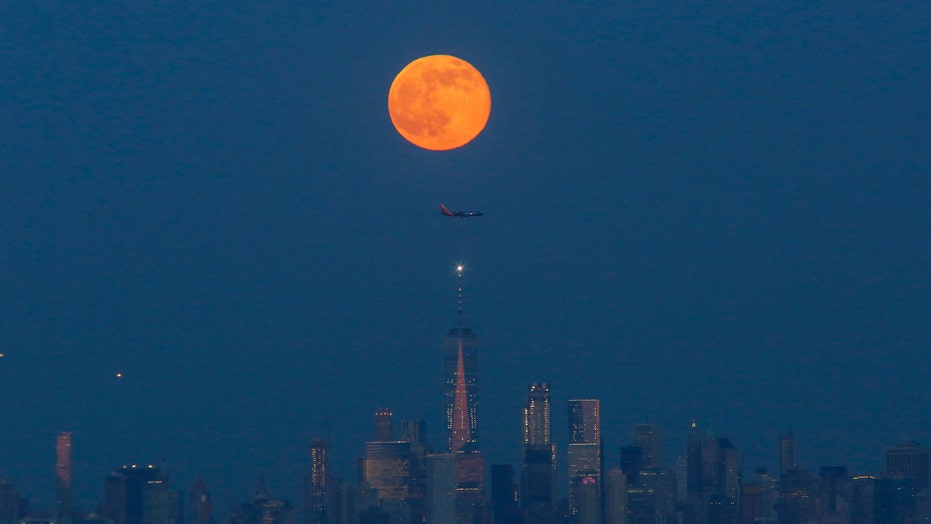 The next full moon, known as the strawberry moon, will light up the sky this week. Here are NASA’s top tips for June skywatchers.

The moon will be full on Friday, June 5, at 3:12 p.m. EDT. “The Moon will appear full for about 3 days around this time, from early Thursday morning into early Sunday morning,” NASA explains on its website.

The June full moon may also be linked to the phrase “honeymoon,” according to the Old Farmer’s Almanac. “In the past, June has been the most popular month for weddings, leading some to suggest that the Moon’s honey-colored appearance in June was the origin of the ‘honeymoon’ phrase,” it explains on its website. “Nowadays, however, the most popular wedding months are August, September, and October, plus a little research shows that the Moon’s color never did have anything to do with that expression.”

NASA notes that a partial eclipse is also on deck for June 5, although this will not be visible for most people in the Americas. “The Moon will be close enough to opposite the Sun that it will pass through part of the partial shadow of the Earth, called a partial penumbral eclipse of the Moon,” it explains on its website. “During this eclipse the Moon will not be in the sky for most of the Americas. If we could see the Moon, the slight dimming during this eclipse will not be noticeable without instrumentation.”

The summer solstice will occur later this month, on June 20. “As spring ends and summer begins, the daily periods of sunlight reach their longest on the solstice, then begin to shorten again,” explains NASA on its website. “Summer Solstice will be on Saturday, June 20, at 5:43 PM. This will be the day with the longest period of sunlight, 14 hours, 53 minutes, and 41.5 seconds,” it adds.

The ancient site of Stonehenge in Southern England has become synonymous with solstices. Some scientists believe that Stonehenge was built to mark the summer and winter solstices.

NASA also offers other skywatching tips for this month. “As twilight ends on the evening of the full Moon on Friday, June 5, (at 9:42 PM EDT for the Washington, DC area), the planet Mercury will appear about 6 degrees above the horizon in the west-northwest,” it explains, on its website. “The bright star appearing nearest to directly overhead will be Arcturus, appearing (for Washington, DC and similar latitudes) 68 degrees above the horizon in the south-southeast. Also near to directly overhead will be the constellation Ursa Major, also known as the Great Bear or the Big Dipper.”

An annular solar eclipse will also take place on June 21. However, the "ring of fire" eclipse, with the moon passing directly in front of the sun, will only be visible in part of the Eastern Hemisphere, according to EarthSky.