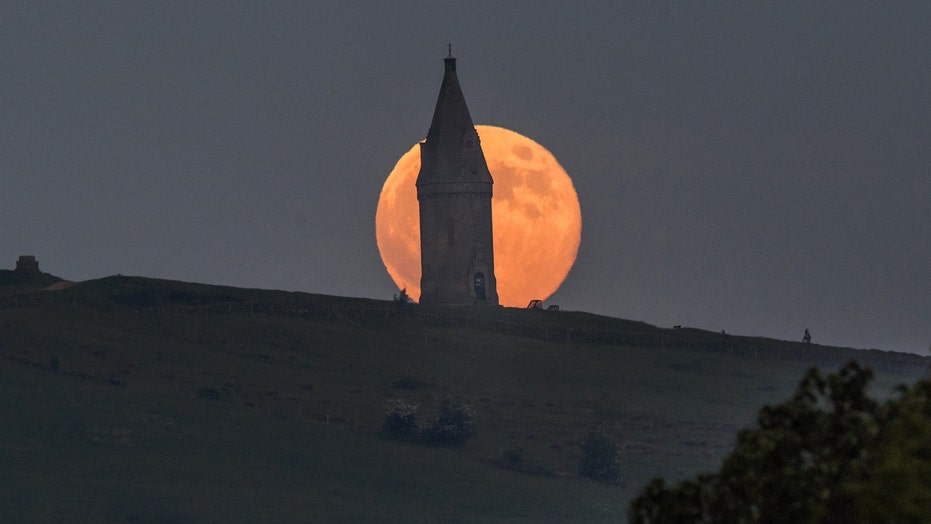 Skywatchers are in for a treat this week when the Flower moon, the last supermoon of 2020, lights up the sky.

“The next full moon will be on Thursday morning, May 7, 2020, appearing opposite the Sun (in Earth-based longitude) at 6:45 a.m. EDT,” explains NASA on its website. “The moon will appear full for about three days around this time, from Tuesday evening through Friday morning.”

The Old Farmer’s Almanac notes that the moon will not actually be visible when it reaches peak illumination at 6:45 a.m. ET on May 7. “It will be below the horizon at this time, so plan to venture outdoors the night before (Wednesday, May 6) or on Thursday night to get the best view of the bright full Flower moon!” it says on its website.

“This May 2020 full moon presents the third and final full moon supermoon of 2020, showcasing the 3rd-closest (and therefore the 3rd-largest) full moon of the year,” says the EarthSky website.

The Full Moon, known in May as the Flower Moon, rises above Hartshead Pike near Ashton-Under-Lyne on May 29, 2018 in Manchester, England - file photo. (Photo by Anthony Devlin/Getty Images)

The celestial events can be significantly larger than regular moons, according to the Adler Planetarium in Chicago. “Full moons vary in size due to the oval shape of the moon’s orbit around Earth,” it explains in a blog post. “Because supermoons occur when the moon is at its closest distance to Earth, it can appear up to 14 [percent] larger and 30 [percent] brighter than a Full moon at its longest distance from Earth.”

LAST SUPERMOON OF 2020: NASA’S TOP TIPS FOR MAY SKYWATCHERS

The May full moon is known as the Flower moon. “As the second full moon of spring, the Native American tribes of the northeastern United States called this the Flower Moon, as flowers are abundant this time of year in most of these areas,” explains NASA on its website. “Other names include the Corn Planting moon or the Milk moon.”

Two meteor showers, the Eta-Aquariids and the Eta-Lyrids, also peak in early May, although NASA notes that the light of the nearly full moon will interfere with visibility.

Skywatchers recently enjoyed the April full moon, or pink moon, which was the largest supermoon of 2020. The stunning March full moon, or worm moon, was also a supermoon.