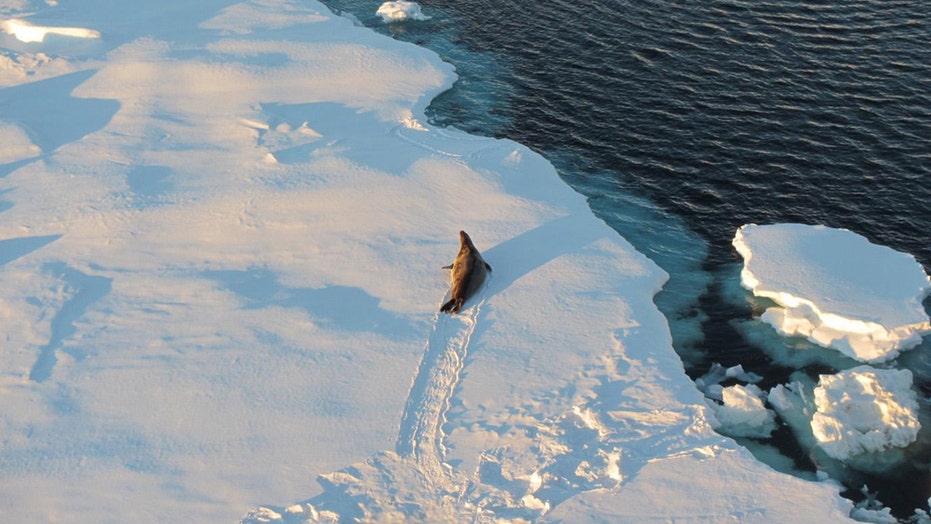 Upside-down "rivers" of warm ocean water may be one of the causes of Antarctica's ice shelves breaking up, leading to a rise in sea levels. A new study suggests that, in the past, increases in Antarctic sea ice in colder climates may have contributed to ice ages.

Using computer simulations, the research looked at past changes during the glacial periods and noted that previous increases in sea ice levels may have significantly altered the circulation of the ocean, which led to a reverse greenhouse effect as carbon dioxide levels in the ocean increased and levels in the air decreased.

“One key question in the field is still what caused the Earth to periodically cycle in and out of ice ages,” University of Chicago professor and the study's co-author, Malte Jansen, said in a statement. “We are pretty confident that the carbon balance between the atmosphere and ocean must have changed, but we don’t quite know how or why."

A new study by UChicago scientists show how an increase in Antarctic sea ice could trigger a chain of events leading to an ice age. Image courtesy of Yvonne Firing

The last major ice age ended at the end of the Pleistocene epoch, about 11,700 years ago, as glaciers have periodically grown and then gotten smaller. Researchers believe that changes to the Earth's orbit may be partly responsible for some of the Earth's cooling, but additional factors have likely played a part, Jensen added.

“The most plausible explanation is that there was some change in how carbon was divided between the atmosphere and the ocean,” Jansen continued. “There’s no shortage of ideas about how this happens, but it’s not quite clear how they all fit together.”

Researchers also believe a mini-ice age may have occurred roughly 12,800 years ago. It likely stems from an asteroid impact that "rocked the Northern Hemisphere" and led to the Younger Dryas climate event.

Jansen pointed out that the Southern Ocean around Antarctica "plays a key role in ocean circulation" due to the deep waters in the region, leading it to have "outsize[d] consequences."

“What this suggests is that it’s a feedback loop,” said the study's lead author, Alice Marzocchi. “As the temperature drops, less carbon is released into the atmosphere, which triggers more cooling.”

“What surprised me is how much of this increased storage can be attributed to physical changes alone, with Antarctic sea-ice cover being the key player,” Marzocchi added, noting that future study of the ocean and the role it plays in the carbon cycle can help simulate "future environmental change.”

The research has been published in the scientific journal Nature Geoscience.

Correction: A previous version of the story said the study had implications for future events. It was only about past events.