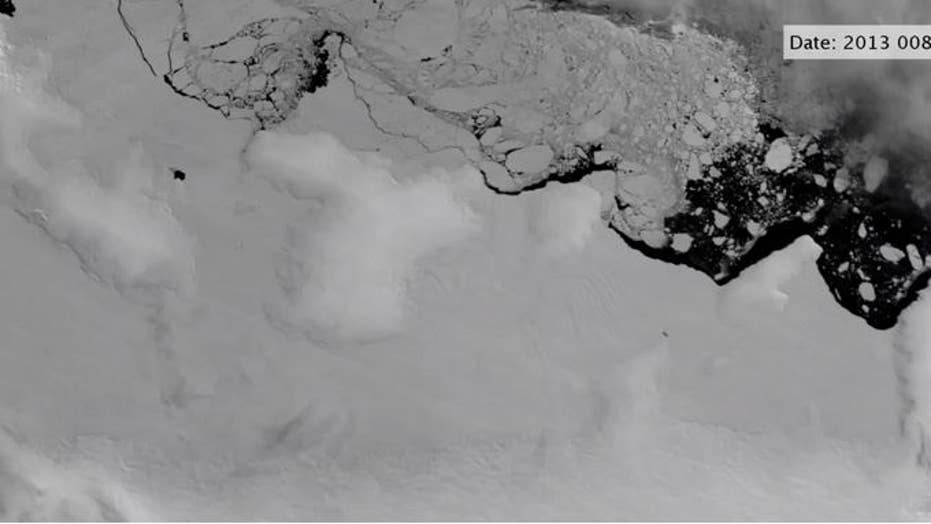 Upside-down "rivers" of warm ocean water are attacking the edges of Antarctic ice shelves from below, creating conditions ripe for break-ups and sea-level rise, according to scientists.

A study published Thursday in Science Advances examines this process, which could affect the continent's future.

"Warm water circulation is attacking the undersides of these ice shelves at their most vulnerable points," said Karen Alley, a visiting assistant professor of Earth Sciences at the College of Wooster in Ohio, in a statement. "These effects matter," she said. "But exactly how much, we don't yet know. We need to."

Ice shelves float out on the ocean at the edges of land-based ice sheets, according to scientists, and about 75 percent of the Antarctic continent is surrounded by these extensions of the sheet.

The shelves can be hemmed in by bumps and walls in the ocean floor. When restrained, the ice shelves slow down the flow of ice from the interior of the continent toward the ocean.

However, if an ice shelf retreats or breaks apart, ice on land flows much more quickly into the ocean, increasing rates of sea-level rise.