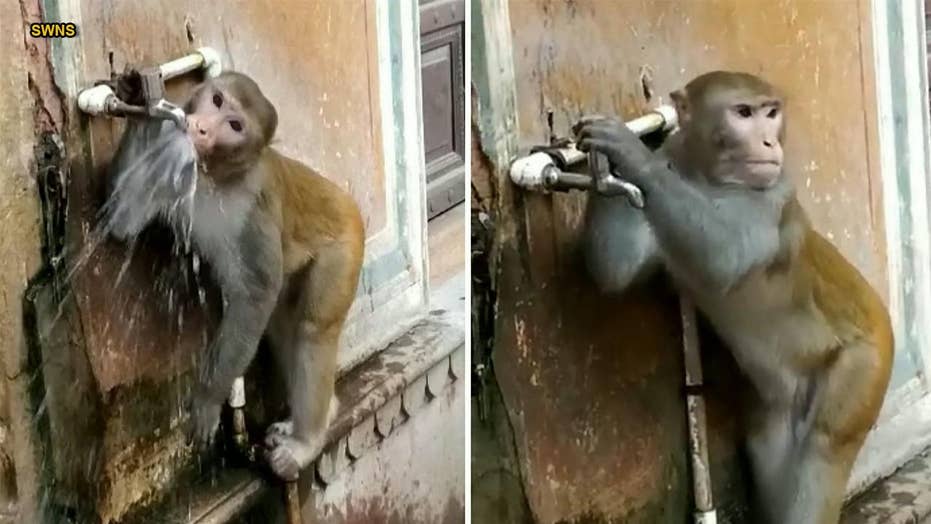 A monkey from India's holy city of Vrindavan went viral after video captured the creature taking an environmentally-friendly drink of water on a hot day. After quenching its thirst, the monkey carefully turned off the street tap.

An environmentally-friendly monkey has gone viral after it was caught on camera drinking from a street tap in India.
After quenching its thirst, the smart simian proves its green credentials by turning off the tap.
GRAPHIC VIDEO SHOWS KOMODO DRAGON SWALLOWING MONKEY WHOLE

SWNS reports that the monkey was spotted on a hot day in the holy city of Vrindavan in Uttar Pradesh, northern India.

A monkey in the holy town of Vrindavan in Uttar Pradesh, India, has gone viral after taking a drink from a street tap and then carefully turning it off. (SWNS)

The video has gone viral on social media. “If a monkey can save water, why can't we save water,” wrote one commenter, on Facebook.

The incident occurred on July 30, according to SWNS.

The Times of India reports that the growing monkey population in Vrindavan has been posing a problem to locals and pilgrims visiting the Hindu holy town. Monkey attacks have increased significantly in recent years, it said.