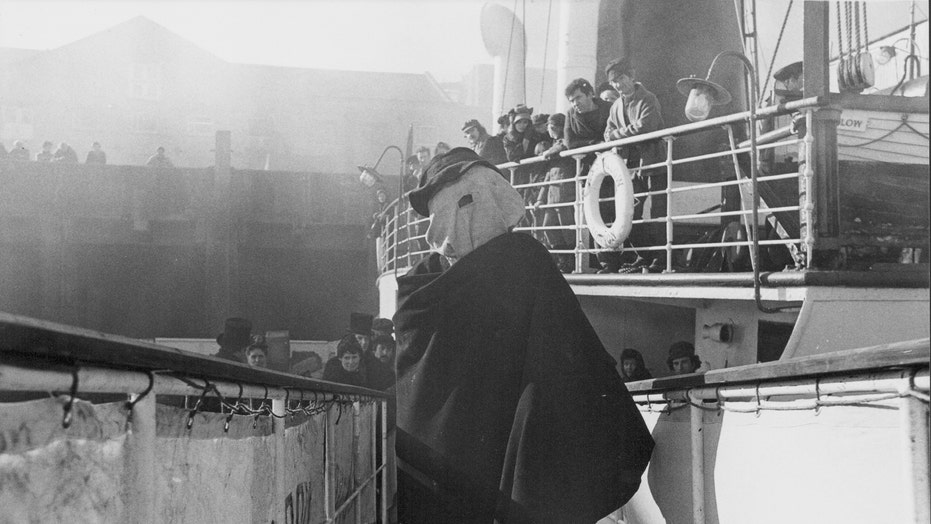 An author in the U.K. has located the unmarked grave of Joseph Merrick, who is known as the "Elephant Man," more than a century after his death.

Merrick had severe physical deformities and spent part of his life as an attraction in a freak show. Born in the city of Leicester, he died in London in 1890 of asphyxia caused by the weight of his head when he lay down, according to the National Human Genome Institute, at the age of 27. His tragic story forms the basis of the acclaimed movie, "The Elephant Man."

During his life, Merrick received treatment at the then London Hospital, now known as the Royal London Hospital. His skeleton remains at the hospital, although his soft tissue was buried at the City of London Cemetery and Crematorium, the BBC reports.

CHILLING 'I AM JACK THE RIPPER' POSTCARD RESURFACES

Merrick’s remains were buried in a common grave on April 24, 1890. Jo Vigor-Mungovin, author of “Joseph: The Life, Times & Places of the Elephant Man,” has now traced the precise location of the remains to the City of London Cemetery and Crematorium.

“Today after weeks of emails, research & visits to the #CityofLondonCemetery the final resting place of #JosephMerrick has been located. His bones are @BHAandM for medical purposes but his flesh/remains were buried in consecrated ground after a small service. #Leicester R.I.P,” she tweeted, on May 3.

A search of the cemetery’s publicly available records brought her to the site of Merrick’s burial, she told the BBC.

The skull of Joseph Merrick, Victorian England's famous "Elephant Man." In the century following Merrick's death in 1890, the most widely held theory was that he suffered from neurofibromatosis, often referred to as "Elephant man disease." (Photo by PA Images via Getty Images)

“This discovery reminds us of London’s rich cultural history and the lives of people from times past,” said Jeremy Simons, Chair of the City of London Corporation’s Environmental Services Committee, in a statement emailed to Fox News. “We are continuing to work with Joanne Vigor-Mungovin and seeking to place a plaque at the site of Joseph Merrick’s grave.”

The site where Merrick was buried the Memorial Gardens area of the cemetery. A plaque marking the gravesite will be installed in early June.