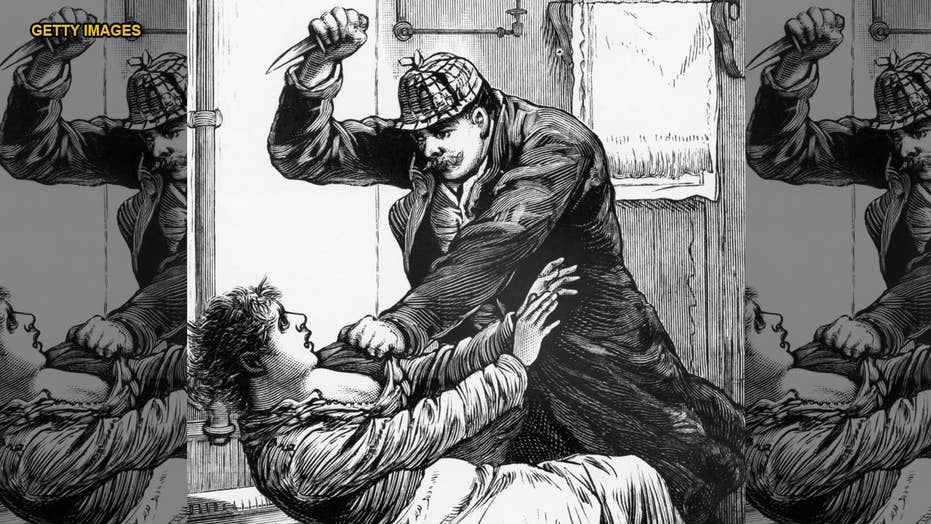 According to scientists in the U.K., forensic analysis of what is, to their knowledge, the only remaining physical evidence linked to the Whitechapel murders, might have finally helped reveal the identity of notorious murderer Jack the Ripper. Jack the Ripper is thought to have claimed the lives of at least five women between August and November of 1888, but his identity remains shrouded in mystery.

Forensic analysis by scientists in the U.K. may have unmasked Jack the Ripper more than a century after the murderer’s brutal killing spree sent shockwaves through Victorian London.

Research by Dr. Jari Louhelainen, senior lecturer in molecular biology at Liverpool John Moores University and Dr. David Miller, reader in molecular andrology at the University of Leeds, claims to shed new light on the notorious serial killer. In an abstract of their research published in the Journal of Forensic Sciences, Louhelainen and Miller explained they used what is, to their knowledge, the only remaining physical evidence linked to the murders, recovered from one of the Ripper’s famous victims at the scene of her death. The study, however, has sparked controversy, with a number of critics questioning the research.

Jack the Ripper is thought to have claimed the lives of at least five women in the Whitechapel area of London between August and November 1888. However, the identity of the notorious murderer remains shrouded in mystery.

CHILLING 'I AM JACK THE RIPPER' POSTCARD RESURFACES

Science reports that the scientists analyzed a blood-stained shawl from Catherine Eddowes, the fourth of the so-called “canonical five” Jack the Ripper victims. Eddowes was killed on Sept. 30, 1888, and her badly mutilated body was found on Whitechapel’s Mitre Square.

The scientists’ genetic testing linked Aaron Kosminski, a 23-year-old Polish barber living in London, to the crimes, according to Science. Although identified as a Jack the Ripper suspect, police are said to have lacked sufficient evidence to charge Kosminski for the murders.

“We applied novel, minimally destructive techniques for sample recovery from forensically relevant stains on the evidence and separated single cells linked to the suspect, followed by phenotypic analysis,” say the scientists, in the Journal of Forensic Sciences. “The mtDNA [mitochondrial DNA] profiles of both the victim and the suspect matched the corresponding reference samples, fortifying the link of the evidence to the crime scene.”

Mitochondria are often described as the “powerhouse of the cell.”

Kosminski had been identified by a witness to one of the Jack the Ripper killings, although the witness refused to testify against him, experts say.

However, the latest research claims to back up the witness who pointed the finger at Kosminski.

“Genomic DNA from single cells recovered from the evidence was amplified, and the phenotypic information acquired matched the only witness statement regarded as reliable,” said Louhelainen and Miller, in the abstract. “To our knowledge, this is the most advanced study to date regarding this case.”

Science reports that, while Kosminski has been linked to the horrific crimes before, this is the first time that the DNA evidence has been published in a peer-reviewed journal.

More extensive information on the research will be released later this year. “The full story that the paper, and new revealing graphic evidence relating to the case, will be published in September,” explained Liverpool John Moores University, in a statement emailed to Fox News.

Critics, however, have questioned key elements of the research, such as the effectiveness of mitochondrial DNA analysis in identifying a suspect and the provenance of the shawl. Science reports that critics have questioned whether the shawl was at the Jack the Ripper crime scene and also voiced their concern that it has become "contaminated" with DNA from other people over the course of the last 130 years.

More than 100 years after the brutal killings, Jack the Ripper continues to be a source of fascination. Last year, a chilling 19th-century postcard written by someone claiming to be "Jack the Ripper" resurfaced in the U.K., puzzling experts.

Also in 2018, a forensic linguist shed new light on letters supposedly written by the murderer during the killing spree that sent shockwaves through Victorian London.

In 2017, researchers claimed to have proved the authenticity of a controversial Victorian diary that was supposedly written by the infamous murderer.

In a separate project, another team of researchers looking to identify the last known victim of Jack the Ripper revealed that they have hit a low-tech roadblock that will likely prevent them from unleashing their DNA testing technology on any potential remains.

Experts from the U.K.’s University of Leicester that identified the remains of King Richard III had embarked on the project to identify Mary Jane Kelly.

However, finding Kelly’s actual remains poses a massive challenge. The grave marker in St. Patrick’s Catholic Cemetery in Leytonstone, London, where Kelly is assumed to be buried, likely has little relevance to her actual grave.

This story has been updated with additional information on the response to the research.