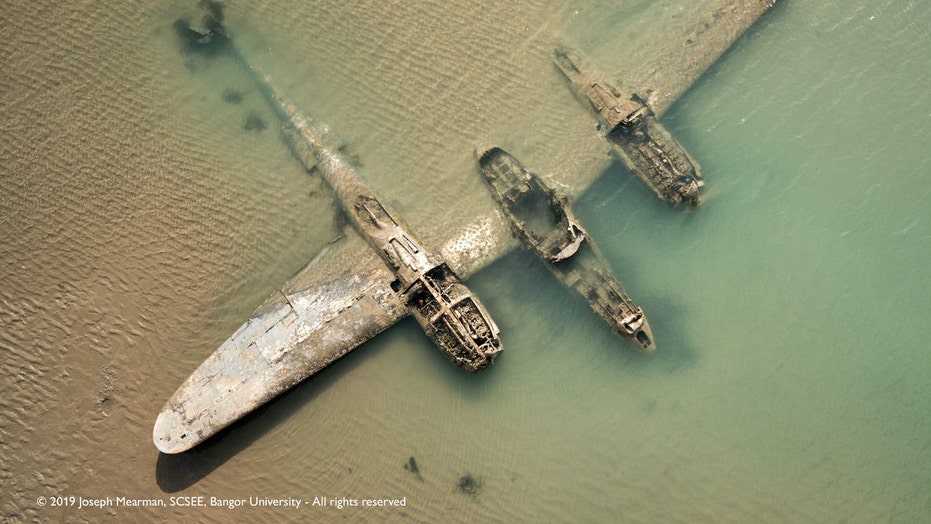 A U.S. World War II  fighter plane that crashed off the coast of North Wales and occasionally appears from the sands has received protected status, officials announced Monday.

The Lockheed P-38 Lightning Fighter crashed in September 1942 and is buried beneath 6.6 feet of sand. The ghostly remains of the plane, however, sometimes appear from the sands – the first sighting was in the 1970s, according to Cadw, the Welsh government’s historic environment service. The plane was also uncovered in 2007 and, most recently, in 2014.

With its scheduled, or protected, status, the fighter is the first legally designated military aircraft crash site protected for its historic and archaeological interest in the U.K.

The fighter, which was piloted by 24-year-old Second Lt. Robert F. Elliott, crash-landed after running into difficulties during a gunnery practice mission. Elliott walked away from the crash but was reported missing in action just a few months later.

Elliott’s nephew, Robert Elliott, a resident of Kingsport, Tenn. and a U.S. Navy veteran, said that he is thrilled with the aircraft’s protected status.

“I am honored and delighted that Cadw has given official recognition of my uncle's P38F as a scheduled Ancient Monument,” he said in a statement. “My uncle was among those brave and expert fighter pilots who served with distinction during WWII. My visit to the site with my wife Cathy in 2016 was very moving and emotional.”

A number of downed aircraft from World War II have been located in recent years. Earlier this year the wreck of a World War II U.S. B-24 bomber that plunged into the sea off Bermuda in February 1945 was discovered by a team of researchers from the University of Delaware.

The wreckage of another U.S. Air Force B-24 bomber was found in Papua New Guinea in 2018, 74 years after it was shot down during a fierce battle with Japanese forces.

The plane is buried beneath 6.6 feet of sand, but, as here, it sometimes appears from the sands. (© 2019 Joseph Mearman, SCSEE, Bangor University)

An in-flight view of a Lockheed P-38 Lightning fighter used by the US Army Air Force, 1940 - file photo. (Photo by Underwood Archives/Getty Images)