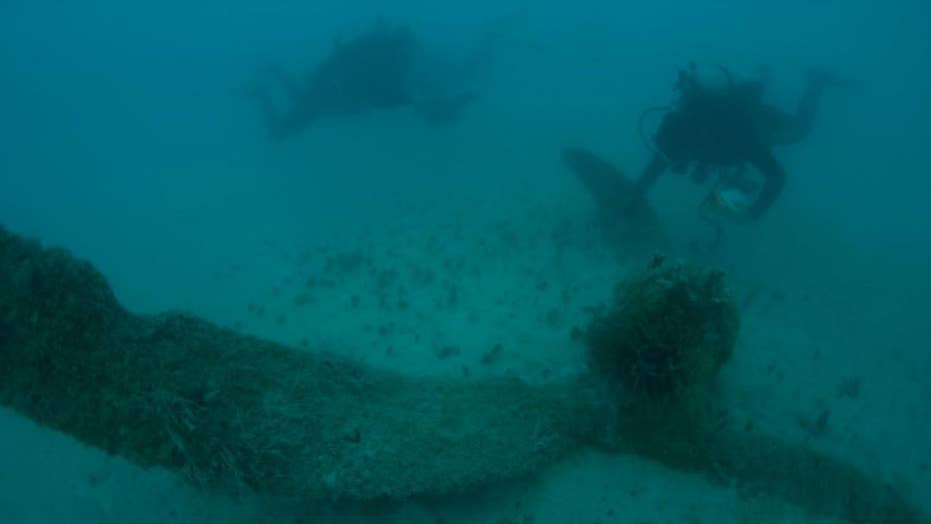 World War II B-24 bomber wreckage from February 1945 has been discovered by a team of researchers from the University of Delaware.

The wreck of a World War II U.S. B-24 bomber that plunged into the sea off Bermuda in February 1945 has been discovered by a team of researchers from the University of Delaware.

The Royal Gazette reports that the heavily-loaded bomber crashed into Castle Harbour on the northeastern end of Bermuda’s main island shortly after take-off. Four of the bomber’s nine-strong crew were rescued from the sea, according to the Royal Gazette, which notes that two bodies were also recovered. The remains of the other three crewmembers have never been found.

The team of students from the University’s of Delaware's College of Earth, Ocean and Environment, used reports from the night of the crash and information on weather conditions at the time to narrow down the search area. An underwater drone was then deployed to locate the wreckage.

“Finding the wreckage of the plane was a simultaneously thrilling and solemn moment,” the project's team leader, University of Delaware associate professor Art Trembanis, told Fox News via email. “Thrilling for the technical culmination of planning and conducting the search effort with my students and solemn for the realization and connection it meant for us to the tragedy of the crash and the sacrifices of the crew almost 75 years before.”

A diver examines part of the B-24 wreckage. ((Credit: Dr. Art Trembanis, University of Delaware))

Eerie images show the plane’s propeller and other pieces of the wreck on the seabed.

However, the plane’s fragments will likely remain in their current location. “There are no plans for retrieval of the wreckage that we are aware of,” Trembanis told Fox News. The findings have been relayed to Bermudan authorities, under whose protection the wreckage remains, as well as the relevant U.S. government bodies, he added.

The University of Delaware students made the discovery during a winter study abroad session at the Bermuda Institute of Ocean Sciences (BIOS).

A sonar image shows the B-24 wreckage on the seabed. (Credit: Dr. Art Trembanis, University of Delaware)

Citing a spokeswoman for BIOS, the Royal Gazette reports that the B-24 was making a routine ferry flight to Portugal when it plummeted into the sea.

A number of downed aircraft from World War II have been located in recent years. The wreckage of another U.S. Air Force B-24 bomber was found in Papua New Guinea in 2018, 74 years after it was shot down during a fierce battle with Japanese forces.

The B-24 bomber crashed into the sea off Bermuda in February 1945. (Courtesy Dr. Philippe Rouja and Dr. Art Trembanis)

The wreck of World War II aircraft carrier USS Wasp was recently discovered in the Coral Sea more than 70 years after the ship was sunk during the Guadalcanal campaign.

Wasp was spotted on the seabed by experts from the vessel RV Petrel, which is part of a research organization set up by the late billionaire Paul Allen.

File photo - A B-24 Liberator starts its bomb run during a raid on Vienna, Austria, during World War II. (Getty/Bettmann)

Resting at a depth of nearly 14,000 feet, photos captured by an undersea drone clearly show Wasp’s bridge, anti-aircraft guns, a 5-inch gun, the wreckage of Avenger aircraft and an anchor.