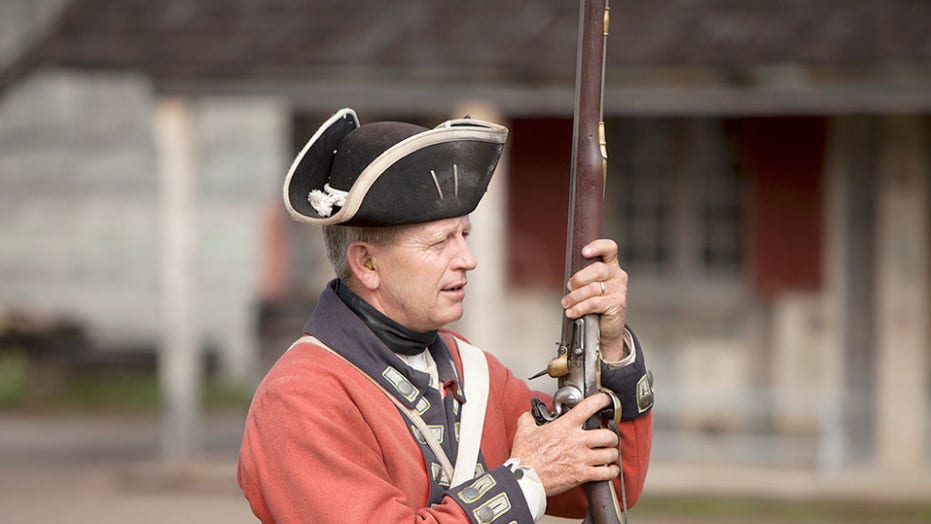 Archaeologists have unearthed part of an 18th-century musket at a colonial-era fort in Michigan.

The serpent-shaped sideplate was found this week during an excavation at Colonial Michilimackinac in Mackinaw City, Michigan.

Fort Michilimackinac is an 18th-century fort and trading village on the straits of Mackinac. Built by the French in 1715, the fort was taken over by the British in 1761.

“We had an exciting find this morning,” said Dr. Lynn Evans, Curator of Archaeology for Mackinac State Historic Parks, in a statement released Tuesday. “A serpent sideplate from a British trade gun in the west wall of the root cellar. It is 4.75” long.”

The serpent-shaped sideplate is from a British trade gun that dates back to the 1760s or 1770s. (Mackinac State Historic Parks)

The sideplate was found in a house that was first occupied by French-Canadian trader Charles Henri Desjardins de Rupallay de Gonneville, and later by an as-yet-unidentified English trader. A spokesman for Mackinac State Historic Parks told Fox News that the artifact dates back to the 1760s or 1770s.

The guns were traded with Native Americans during the colonial era.

The sideplate is the latest in a series of fascinating finds at the site. A silver brooch and a large piece of creamware were unearthed during a recent archaeological excavation at Colonial Michilimackinac.

Last year, a sword handle, an unusual brass thimble, a knife, tin-glazed Earthenware and Chinese porcelain were also discovered at the site.

In 2017, a Revolutionary War-era knife was found at Colonial Michilimackinac. The knife, which has an intact blade, dates to 1781 or older. Other artifacts found at the site include a colonial lock and a piece of silver.

In July 2017, an 18th-century crucifix was also found near the location, according to MLive.