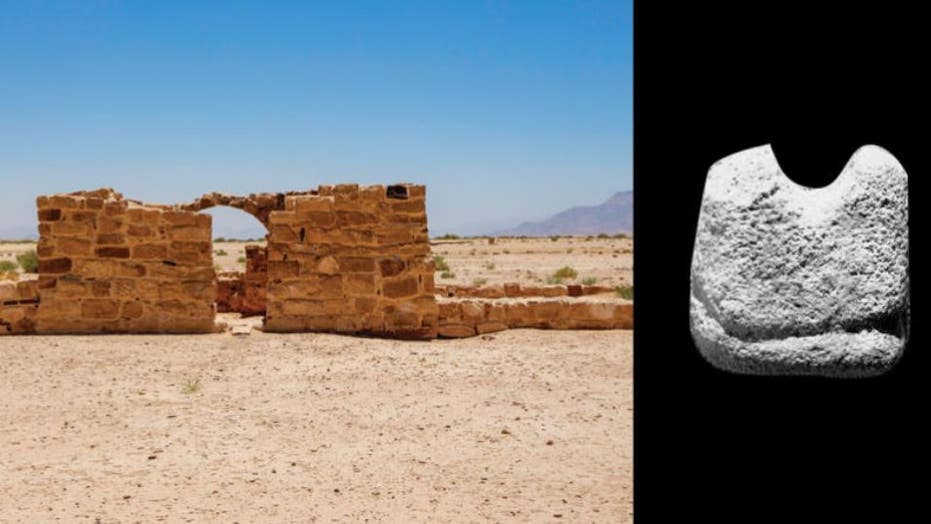 A small object that was discovered in what's now southern Jordan seems to be the world's oldest known chess piece.

The retangular piece of rock with two horn-shaped points on top looks like rooks, or castles, that have been found at other Islamic sites nearby.

John Oleson, an archaeologist at the University of Victoria in Canada, discussed his analysis of the rock on Thursday at a meeting of the American Schools of Oriental Research.

A small, rectangular stone (right), previously excavated at the Jordanian site of Humayma (shown at left), may be the oldest known chess piece, a rook dating to around 1,300 years ago. (From left: Bashar Tabbah/Wikimedia Commons (CC BY-SA 4.0); J.P. Oleson)

Surviving written accounts show that chess originated in India at least 1,400 years ago, according to the science outlet.

The game also reportedly brought people from diverse backgrounds together, with ancient Islamic texts showing chess matches between Muslims and Christians, as well as the rich and poor.

The potentially record-setting rook is being stored in the basement of Oleson's house in Canada,