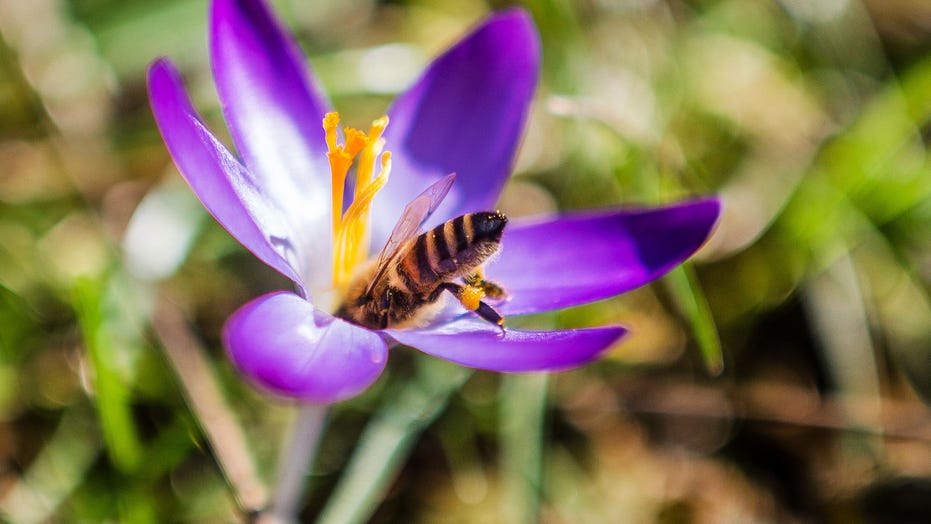 Insects, which pollinate flowers and break down waste, are crucial.

Although researchers have warned before about the negative effects of climate change and habitat loss, they are now blaming a new culprit for the worldwide decline of bugs -- light pollution.

A group of entomologists reviewed about 200 studies and research papers to examine how light pollution is contributing to what's been called the "insect apocalypse." Their findings were published last week in Biological Conservation.

A previous study in April in the same journal looked at agriculture and habitat destruction as series threats to insects, claiming that more than 40 percent of insect species face potential extinction in the coming decades.

A bee sits on the flower of a crocus in sunshine and springlike temperatures. (Getty Images)

Seymoure said a number of different fixes could address the problem, including light timers, covers to lessen light pollution and bulbs that don't mimic daytime light.

Still, the reseachers' work reportedly notes that lights can impact how bug species move, search for food, reproduce, grow and hide from predators.

“If we lose these insects, you’re also gone,” Seymoure said. “It’s over.”

The scientist said he plans to examine light pollution's impact on butterflies next.