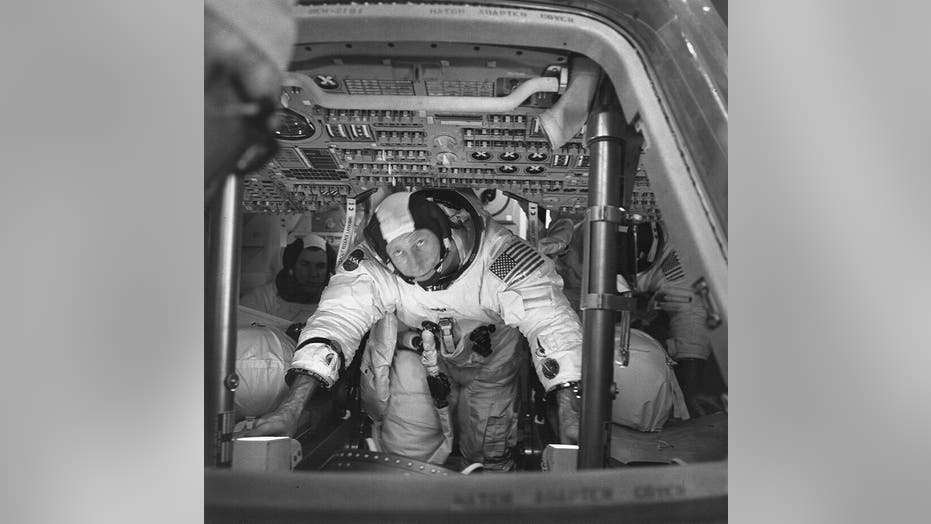 Worden circled the moon alone in 1971 while, below, his two crewmates test-drove the first lunar rover.

A 1955 graduate of the United States Military Academy, Worden was commissioned into the Air Force. He logged more than 4,000 hours flying time, including 2,500 hours in jets, according to his NASA bio.

He was selected as an astronaut in April 1966 and served as part of the astronaut support crew for Apollo 9 and as backup command module pilot for Apollo 12. The Apollo 15 mission was Worden’s only spaceflight.

Worden flew to the moon along with David Scott and Jim Irwin. As command module pilot, Worden remained in lunar orbit aboard the Endeavour while Scott and Irwin descended to the surface and tried out NASA's first moon buggy.

Once his crewmates were back on board and headed home, Worden performed the first deep-space spacewalk — nearly 200,000 miles (322,000 kilometers) from Earth. He inspected the service module's science instrument bay and retrieved film. His foray outside lasted just 38 minutes.

Worden said of the mission: “Now I know why I'm here. Not for a closer look at the Moon, but to look back at our home, the Earth.”

“I’m deeply saddened to hear that Apollo astronaut Al Worden has passed away,” tweeted NASA administrator Jim Bridenstine on Wednesday. “Al was an American hero whose achievements in space and on Earth will never be forgotten. My prayers are with his family and friends.”

Worden’s family said he died in his sleep in Houston. No cause of death was given.