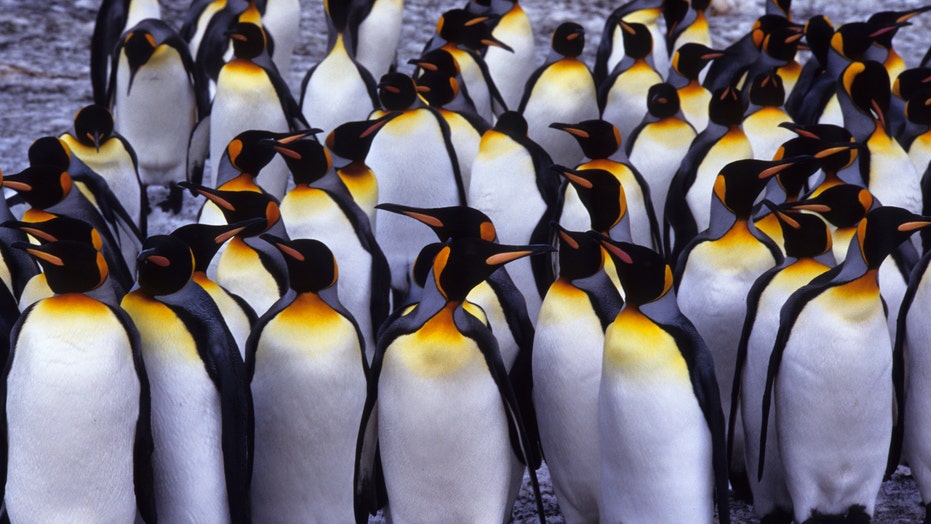 Raw video: Australian Antarctic expeditioner, Eddie Gault left a camera to observer the birds who quickly investigated, and posed, for the camera.

A study of Antarctic king penguins has found that their feces contribute to a significant release of nitrous oxide (N2O), which is also known as laughing gas.

Researchers from the University of Copenhagen studied guano, or penguin feces, at the world’s largest king penguin colony, which is at Saint Andrews Bay on the South Atlantic island of South Georgia.

The research is published in the journal Science of the Total Environment.

"Penguin guano produces significantly high levels of nitrous oxide around their colonies. The maximum emissions are about 100 times higher than in a recently fertilised Danish field. It is truly intense – not least because nitrous oxide is 300 times more polluting than CO2," said Professor Bo Elberling, of the University of Copenhagen’s Department of Geosciences and Natural Resource Management, in a statement.

He also acknowledged the challenges of doing research at a penguin colony packed with nitrous oxide. “After nosing about in guano for several hours, one goes completely cuckoo,” he said. “One begins to feel ill and get a headache. The small nitrous oxide cylinders that you see lying in and floating around Copenhagen are no match for this heavy dose, which results from a combination of nitrous oxide with hydrogen sulphide and other gases."

The scientists note that penguins’ favorite foods are fish and krill, which both contain large amounts of nitrogen. Nitrogen is released from the penguins’ feces into the ground, which soil bacteria then convert into nitrous oxide.

"It is clear to us that the level of nitrous oxide is very high in places where there are penguins — and thereby guano — and vice versa, lower in places where there is none," Bo Elberling, in the statement. "While nitrous oxide emissions in this case are not enough to impact Earth’s overall energy budget, our findings contribute to new knowledge about how penguin colonies affect the environment around them, which is interesting because colonies are generally becoming more and more widespread."