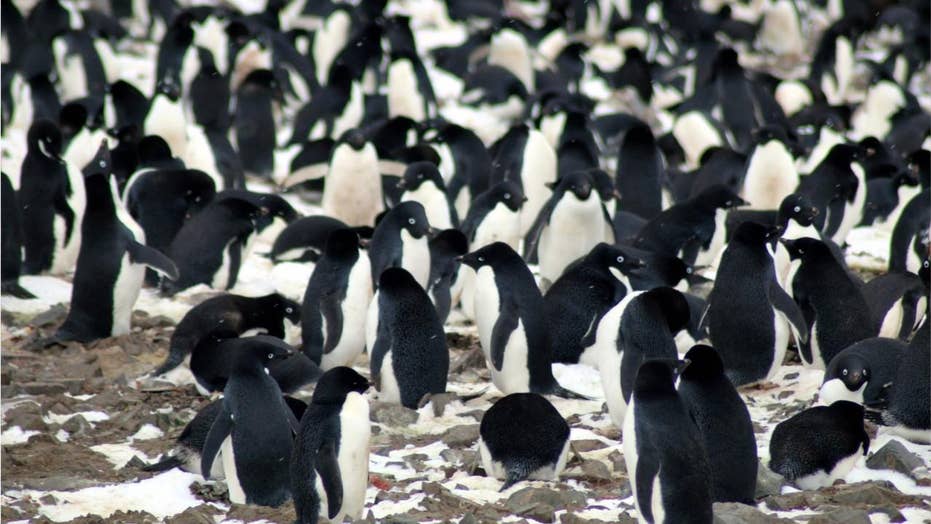 A thriving 'hotspot' of 1.5 million Adelie penguins, a species fast declining in parts of the world, has been discovered on remote islands off the Antarctic Peninsula.

Penguin poop is apparently the secret to biodiversity in Antarctica, a new study claims.

Published in Current Biology on Thursday, the study claimed that the nitrogen in penguin and elephant seal excrement has the nutrients to cultivate life in a place as cold as Antarctica.

“If you put more poo in the system, the Antarctic wildlife like that,” the study’s lead author Stef Bokhorst, a polar ecologist with the Vrije Universiteit Amsterdam in the Netherlands, told The New York Times.

Bokhorst and his colleagues -- who have reportedly been studying Antarctica for more than 15 years -- found that the distance of influence the feces has depended more on the number of animals in the colony, not the region’s temperature or humidity.

They also discovered that the animals’ feces could influence biodiversity as far as 1,000 meters.

"What we see is that the poo produced by seals and penguins partly evaporates as ammonia," Bokhorst said in a statement. "Then, the ammonia gets picked up by the wind and is blown inland, and this makes its way into the soil and provides the nitrogen that primary producers need in order to survive in this landscape."

Scientists found that the distance of influence the penguin feces has depends more on the number of animals in the colony, not the region’s temperature or humidity. (Photo by Wolfgang Kaehler/LightRocket via Getty Images)

Scientists were able to find mosses, lichen and millions of small invertebrates such as mites and springtails, that were able to thrive because of the animal excrement, according to the statement.

With their research, Bokhorst and his colleagues were able to map out “biodiversity hotspots” across Antarctica, according to the statement, which also noted that the continent is difficult for researchers to study because of its size, desolation and cold temperatures.

Now the researchers are looking into the influence that invasive species could have on the environment in Antarctica and the Arctic, the statement said, particularly as climate change and human activity affect the regions.

"Just as the penguin and seal colonies enrich the soil for native plants, it's also possible that they are making it ideal for invasive species as well, which could be hardier and provide shelter for predatory insects like spiders and beetles," Bokhorst said in the statement. "Right now, the system is too unproductive to support any mammals like rats and mice."