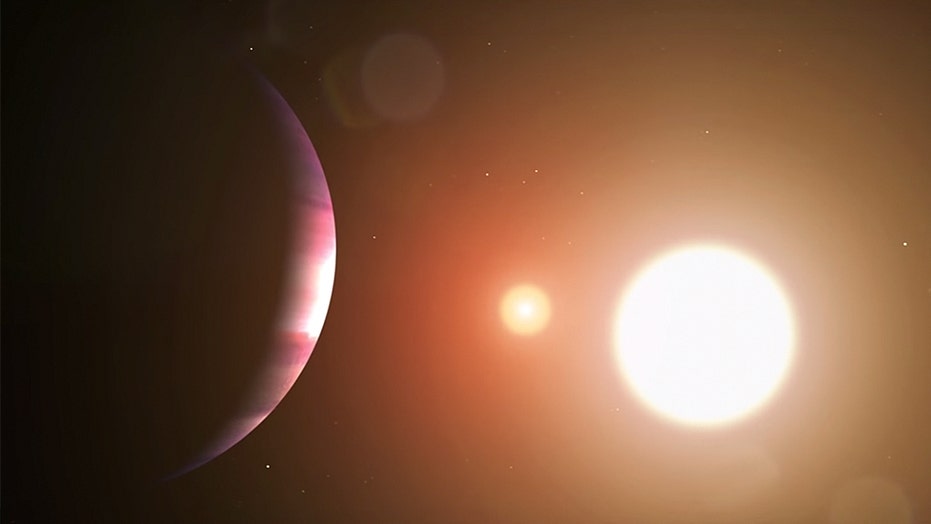 Wolf Cukier, a student from Scarsdale High School in New York, was just three days into a summer internship at NASA when he made a remarkable discovery.

Cukier had just finished his junior year when he started his internship at NASA’s Goddard’s Space Flight Center in Goddard, Md., last summer. Within just a few days, he made an incredible find while sifting through variations in star brightness captured by the space agency’s Transiting Exoplanet Survey Satellite (TESS) uploaded to the Planet Hunters TESS citizen science project.

“I was looking through the data for everything the volunteers had flagged as an eclipsing binary, a system where two stars circle around each other and from our view eclipse each other every orbit,” Cukier said, in a statement released by NASA. “About three days into my internship, I saw a signal from a system called TOI 1338. At first I thought it was a stellar eclipse, but the timing was wrong. It turned out to be a planet.”

The planet, TOI 1338 b, is the first circumbinary planet, or world orbiting two stars, that has been spotted using TESS data. TOI 1338 b is about 6.9 times larger than Earth, which means that it is between the size of Saturn and Neptune.

“The TOI 1338 system lies 1,300 light-years away in the constellation Pictor,” explained NASA, in the statement.  The two stars orbit each other every 15 days, the space agency said, noting that one is about 10 percent larger than our Sun. The other, which only has about one-third of the Sun’s mass, is described as being cooler and dimmer.

The discovery was discussed earlier this week during a panel discussion at the 235th American Astronomical Society meeting in Honolulu. A paper co-authored by Cukier and scientists from NASA Goddard, San Diego State University and the University of Chicago, as well as other institutions, has been submitted to a scientific journal.

Initially, the eagle-eyed teenager thought that TOI 1338 b’s transit was a smaller star in the system passing in front of a larger one. After Cukier notified NASA of what he saw, scientists used software called eleanor to confirm that the transits involved a planet and two stars.

“These are the types of signals that algorithms really struggle with,” said Veselin Kostov, a research scientist at the SETI Institute and Goddard, in the NASA statement. “The human eye is extremely good at finding patterns in data, especially non-periodic patterns like those we see in transits from these systems.”

However, the New York Post reports that Cukier will not get the opportunity to name his discovery. “New planets discovered by TESS get a TOI number if they don’t have another significant name already,” the 17-year-old told the Post.

The planet-hunting satellite recently made a fascinating discovery when it revealed that an ancient star experiences eclipses, which may have helped guide the ancient Egyptians during the construction of the pyramids.