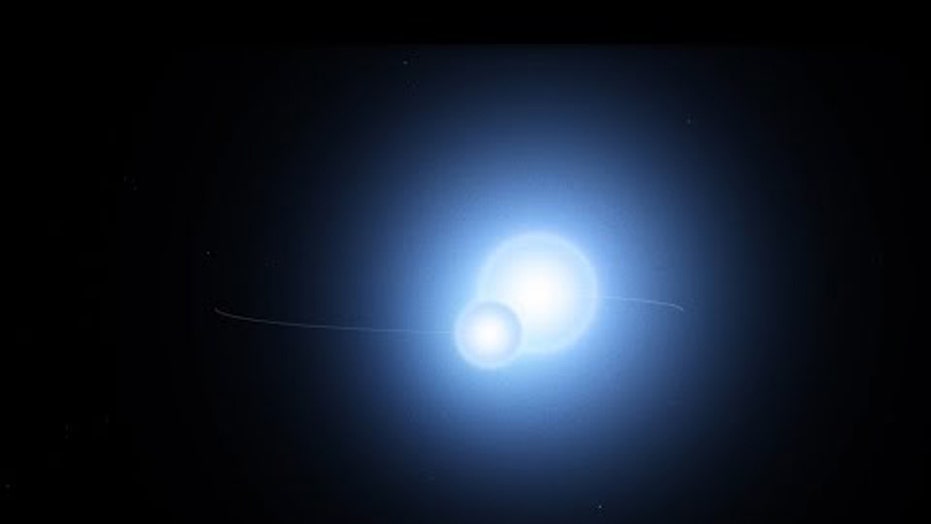 Researchers using NASA's Transiting Exoplanet Survey Satellite (TESS) have discovered that an ancient star undergoes eclipses, which may have guided the ancient Egyptians when they were building the pyramids.

The star Alpha Draconis, also known as Thuban, may have been the North Star, "the one closest to the northern pole of Earth’s spin axis," NASA wrote in a statement. "Thuban’s fame arises from a historical role it played some 4,700 years ago, back when the earliest pyramids were being built in Egypt," the government agency added.

“The first question that comes to mind is ‘how did we miss this?’” said Angela Kochoska, a postdoctoral researcher at Villanova University in Pennsylvania in the statement. “The eclipses are brief, lasting only six hours, so ground-based observations can easily miss them. And because the star is so bright, it would have quickly saturated detectors on NASA’s Kepler observatory, which would also mask the eclipses.”

This animation illustrates a preliminary model of the Thuban system, now known to be an eclipsing binary thanks to data from NASA’s Transiting Exoplanet Survey Satellite (TESS). The stars orbit every 51.4 days at an average distance slightly greater than Mercury’s distance from the Sun. (Credit: NASA’s Goddard Space Flight Center/Chris Smith (USRA))

Due to changes in the Earth's spin axis, an event known as precession that happens over a 26,000-year cycle, the North Star is Polaris.

TESS still monitors Thuban, which is 270 light-years from Earth, and found that not only is it a pair of stars, it undergoes eclipses. TESS was able to discover this thanks to the fact the craft monitors sectors of the sky for 27 days at a time, letting it track changes in stellar brightness.

“I've been collaborating with Daniel [Hey] to model the eclipses and advising on how to bring together more data to better constrain our model.” Kochoska explained. “The two of us took different approaches to modeling the system, and we hope our efforts will result in its full characterization.”

NASA posted a video to its YouTube page showing the Thuban star system in greater detail.

The larger star in the system is 4.3 times bigger than the Sun and has a surface temperature of 17,500 degrees Fahrenheit, 70 percent hotter than the Sun. "Its companion, which is five times fainter, is most likely half the primary’s size and 40 [percent] hotter than the Sun," NASA added.

FIRST BRIT IN SPACE SAYS ALIENS EXIST: 'THERE'S NO TWO WAYS ABOUT IT'

They orbit once every 51.4 days at a distance of approximately 38 million miles.

Kochoska, who presented the findings at the 235th meeting of the American Astronomical Society in Honolulu on Jan. 6, said she is planning a follow-up study to look into additional eclipses that TESS can see.

TESS, which launched in April 2018 as the successor to the Kepler telescope, has found a great number of exoplanets, including a so-called "missing link." Recently, it discovered its first Earth-sized planet in a star's "habitable zone," an area that could allow for liquid water to be on the surface.