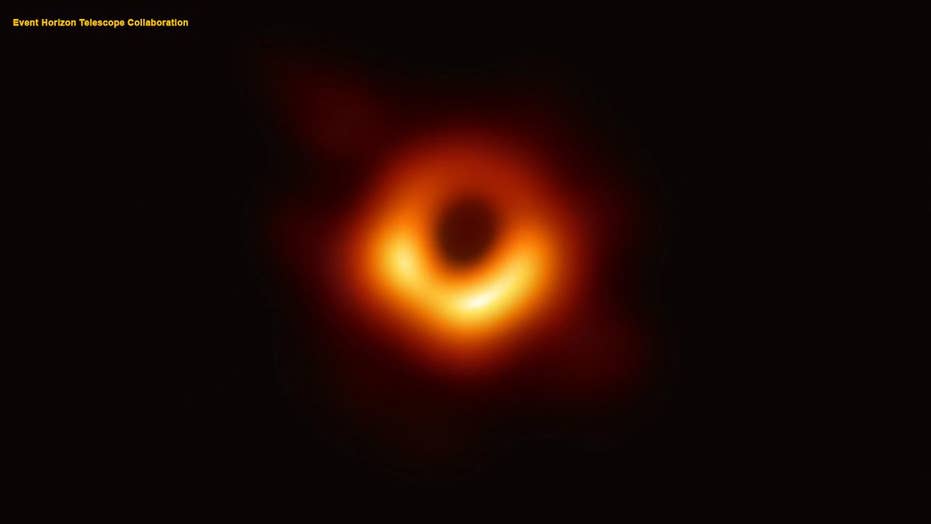 Scientists release the first picture of a black hole ever captured

Scientists have obtained the first image of a black hole, using Event Horizon Telescope observations of the center of the galaxy M87.

Scientists have released the first-ever image of a black hole, revealing the distant object in stunning detail.

The black hole was spotted in galaxy Messier 87 (M87) that is 55 million light years away. A light year, which measures distance in space, equals 6 trillion miles.

"We're delighted to report to you today that we have seen what we thought was unseeable," explained Dr. Shep Doeleman, director of the Event Horizon Telescope, during a press conference at the National Science Foundation Wednesday. "We have taken advantage of a cosmic opportunity."

The black hole has a mass 6.5 billion times that of the Sun, according to the researchers, who captured the image of a ring-like structure with a dark central region, which is the black hole’s "shadow."

""If immersed in a bright region, like a disc of glowing gas, we expect a black hole to create a dark region similar to a shadow — something predicted by Einstein’s general relativity that we’ve never seen before," explained Heino Falcke of Holland's Radboud University and chair of the EHT Science Council, in a statement. "This shadow, caused by the gravitational bending and capture of light by the event horizon, reveals a lot about the nature of these fascinating objects and allowed us to measure the enormous mass of M87’s black hole."

The shadow of a black hole is the closest we can come to an image of the black hole itself, according to the EHT scientists. "The black hole’s boundary — the event horizon from which the EHT takes its name — is around 2.5 times smaller than the shadow it casts and measures just under 40 billion km [24.8 billion miles] across.," the explain, in the statement.

NASA said that the black hole had been observed by several of its own missions.

“Black holes are extremely dense pockets of matter, objects of such incredible mass and miniscule volume that they drastically warp the fabric of space-time,” explains the National Science Foundation, on its website. “Anything that passes too close, from a wandering star to a photon of light, gets captured. Most black holes are the condensed remnants of a massive star, the collapsed core that remains following an explosive supernova.”