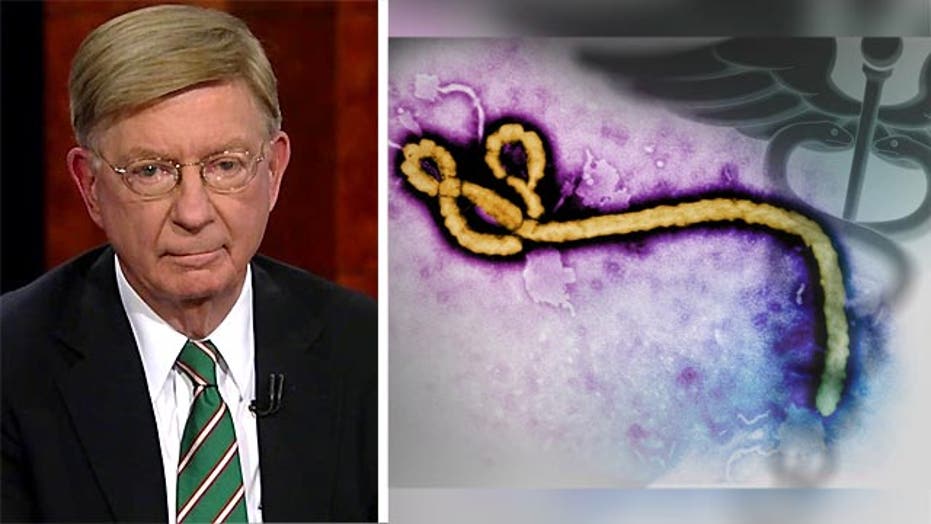 George Will on government's handling of Ebola

George Will said on “Special Report with Bret Baier” that while the American public wants to feel confident in the government’s handling of the Ebola situation, the government simply hasn’t shown it’s trustworthy.

George Will said Thursday on “Special Report with Bret Baier” that although Americans would like to feel confident that the federal government is adequately handling the Ebola crisis, the last few years have shown "this is a gang that can't shoot straight."

Will went on to cite other examples of government failure, adding, “We’ve had intelligence failures regarding ISIS, we’ve had the debacle of the veterans handling of health care, and the Secret Service that couldn’t lock the front door of the White House.”

All in all, Will said this leads to the perception that “this is a gang that can’t shoot straight.”

"So the question then becomes, how confident are we that we know the epidemiology of Ebola, how it's transmitted, how fast it might mutate, something of that sort," he said. "And second, is it feasible to seal off West Africa, which is a very big place?"