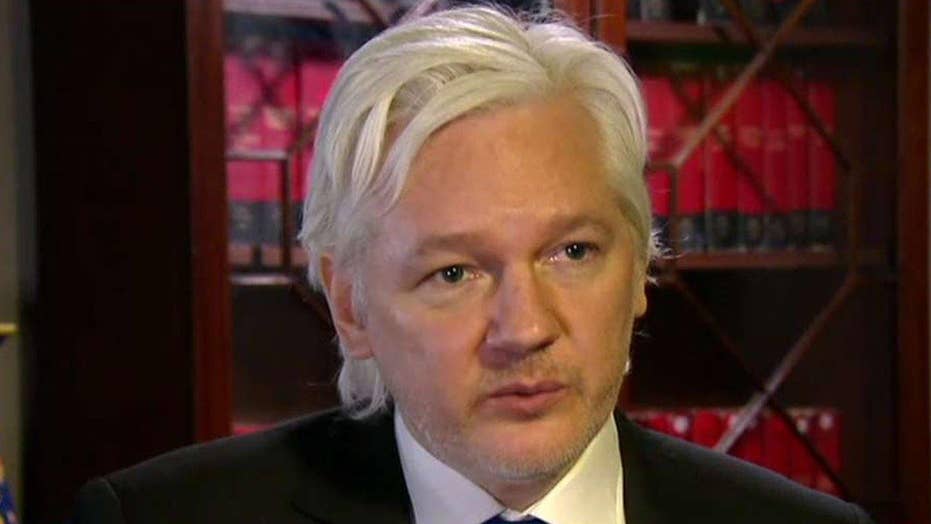 In Part II of the exclusive interview with Assange, which aired Wednesday night on "Hannity," the Australian said that the Democratic Party has a chance to "go through a reformation" after Clinton's defeat at the hands of Republican Donald Trump.

During the election campaign, Wikileaks published thousands of leaked emails detailing apparent favoritism shown to Clinton by the Democratic National Committee (DNC) during her primary battle against Sen. Bernie Sanders.

"It can only go through that reformation if it looks at the genuine reasons for the loss," Assange said. "The genuine reason, to my mind, for the loss, is [that] they didn’t pick the strongest candidate ... That didn’t happen. Why didn’t it happen? Because the DNC … no longer represented the genuine interests of the Democratic party.

"So, my message to the U.S. Democratic Party is ... Take the information that we have published, which shows who the different players are and how they work within the DNC, learn from it and reform."

Hannity interviewed Assange at the Ecuadorian Embassy in London, where Assange has been holed up for five years while he battles extradition to Sweden on sexual assault charges.

Assange also encouraged President-elect Donald Trump to embrace Wikileaks' philosophy of transparency, and praised Trump for communicating directly with Americans rather than using the mainstream media.

"If you can get the information out as soon as possible, then you can correct as soon as possible," Assange said. "So I think that Donald Trump, early on in his administration, he needs to set a standard. He needs to go to someone in that Cabinet, ‘OK, you’re a friend, maybe even [an] ally, but you did the wrong thing here by the American people, so you’re fired.’ And that standard needs to be set early."