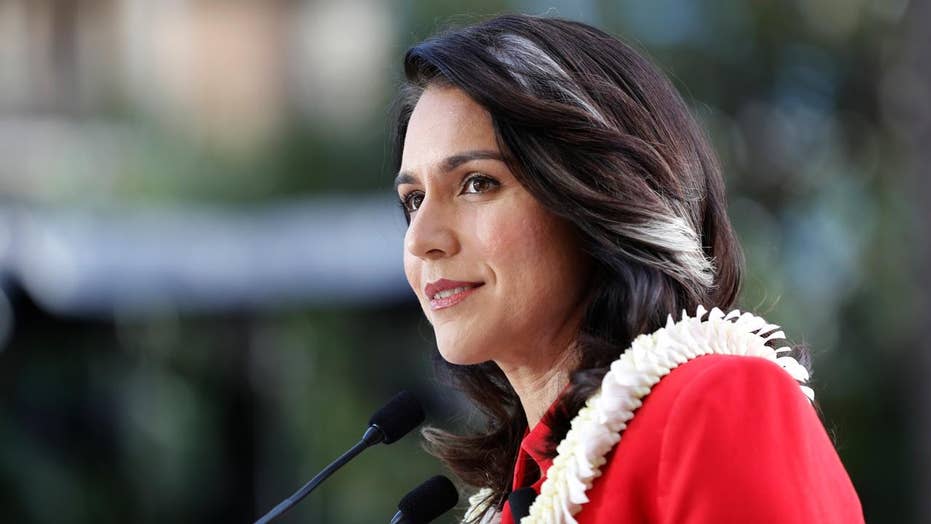 What to know about 2020 presidential candidate Rep. Tulsi Gabbard (D-HI), what she stands for and the obstacles she faces.

Rep. Tulsi Gabbard of Hawaii caught the attention of American voters during Wednesday’s first 2020 Democratic presidential primary with her remarks on foreign policy and the military.

Now serving her fourth term in Congress, the lawmaker had struggled to find a way to thrust herself above a crowded 2020 presidential field of more than 20 contenders vying for the party’s nomination.

Here’s what to know about the 38-year-old Hawaii lawmaker and military veteran.

Gabbard shot up as the most searched for Democratic candidate on Google after the first primary debate Wednesday -- outpacing Sens. Elizabeth Warren, D-Mass., and Corey Booker, D-NJ. (AP Photo/Wilfredo Lee)

Gabbard was raised in Hawaii and is a practicing Hindu. She is of Asian, Polynesian and Caucasian descent, according to her government biography.

Entered politics at a young age

Gabbard became the youngest person to be elected to the Hawaii State Legislature in 2002 at age 21. She served in the state’s House of Representatives from 2002 to 2004.

Gabbard served on the Honolulu City Council prior to her election to the U.S. House of Representatives in 2012. She became the U.S. Congress' first Hindu member and is also one of the first two female combat veterans elected to serve.

Two tours of duty in the Middle East

Gabbard joined the Hawaii Army National Guard in 2003. The following year she stepped down from her position in the state’s House of Representatives to deploy overseas.

For her service, Gabbard has been awarded the Meritorious Service Medal and became the first woman to receive honors from the Kuwait National Guard.

Met with Syrian dictator Assad in 2017 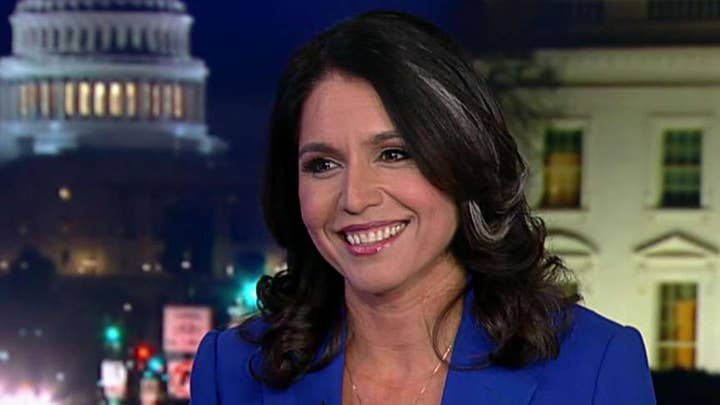 Gabbard continues to face criticism for meeting Syrian dictator Bashar al-Assad in 2017 while on a “fact-finding” mission in the country.

She has defended the meeting as a step to help broker peace.

On foreign policy, Gabbard is opposed to “regime change wars” and wants to pull U.S. troops out of Syria and Afghanistan. 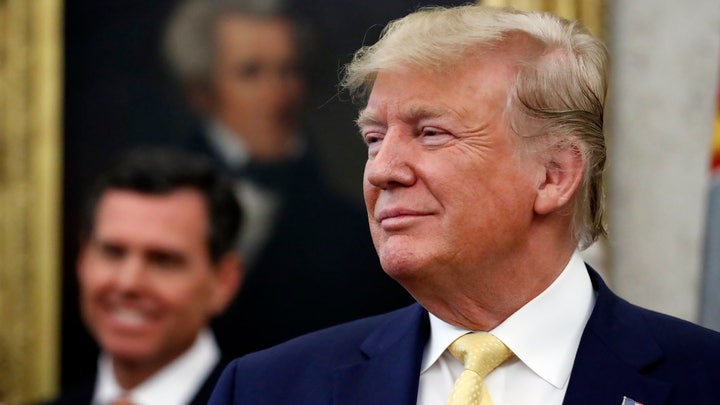 Unlike many of her Democratic peers, Gabbard has said she is against impeaching Trump after former Special Counsel Robert Mueller’s investigation into Russian meddling in the 2016 presidential election found "no collusion" between the president and Russia.

She has called for an end to divineness and partisan politics to focus on the issues that matter most to Americans.

In an interview with Fox News in April, Gabbard said: "I don't think that we should defeat Donald Trump through impeachment. I think it's really important for us, in this country, to come together and have the American people vote to take Donald Trump out of office in 2020."

Criticized over past anti-LGBT comments 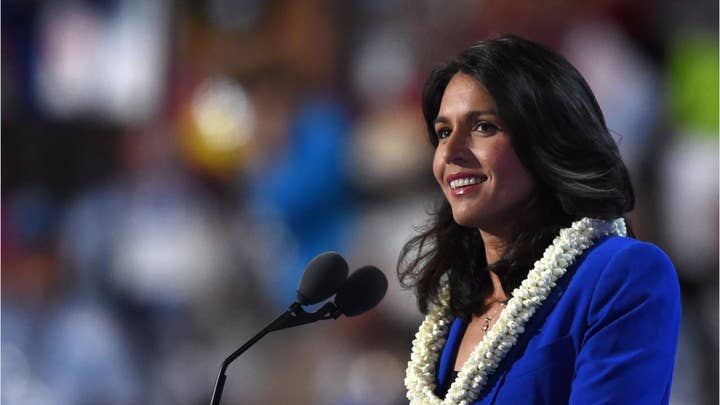 Gabbard apologized earlier this year for her past comments against same-sex marriage while working for an anti-gay group in the early 2000s. Her father was known at the time as Hawaii’s leading opponent of the gay-rights movement.

She said she grew up in a “socially conservative household” believing that marriage should only be between a man and a woman.

Gabbard has since condemned the comments, calling them “wrong” and “hurtful,” and claimed her views have "changed significantly."

She now supports gay marriage and supports transgender troops serving in the military.