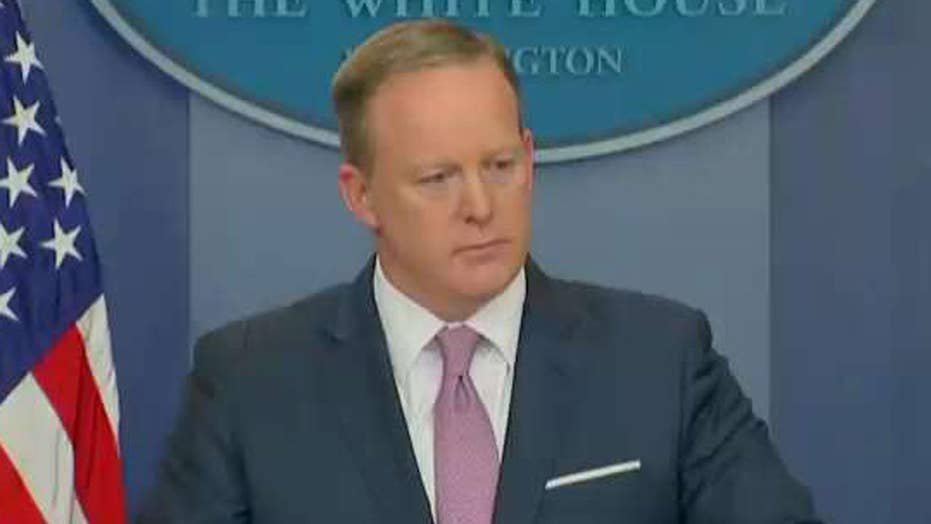 The communications team at the Trump White House could be in for a shake-up.

A senior administration source told Fox News that President Trump is planning changes at the press shop, eyeing a “two-handed approach” to the top jobs.

Under the plan, Deputy Press Secretary Sarah Huckabee Sanders – who has proven popular in the daily briefings as a sub for Press Secretary Sean Spicer – would more frequently appear at the podium.

Meanwhile, Spicer, who spent most of his career behind the scenes at the Republican National Committee and other political assignments, would move into more of a strategic role. In this capacity, he would work closely with Communications Director Michael Dubke.

WHO IS SARAH HUCKABEE SANDERS?

The White House press shop has been the subject of much speculation in recent days.

Sanders stood in for Spicer last week while the press secretary was on Navy Reserve duty, in what some saw as a test of sorts for the deputy spokeswoman.

Fox News is told Trump sees Spicer’s strength lying more behind the scenes, while seeing Sanders as a strong on-air advocate for the president’s policies.

Politico also reported Thursday that Trump is considering scaling back Spicer’s role – and as part of potential changes, the press secretary would no longer do daily, on-camera briefings.

Trump last week floated the possibility of outright canceling the briefings, amid a storm of political and media criticism over his decision to fire FBI Director James Comey.