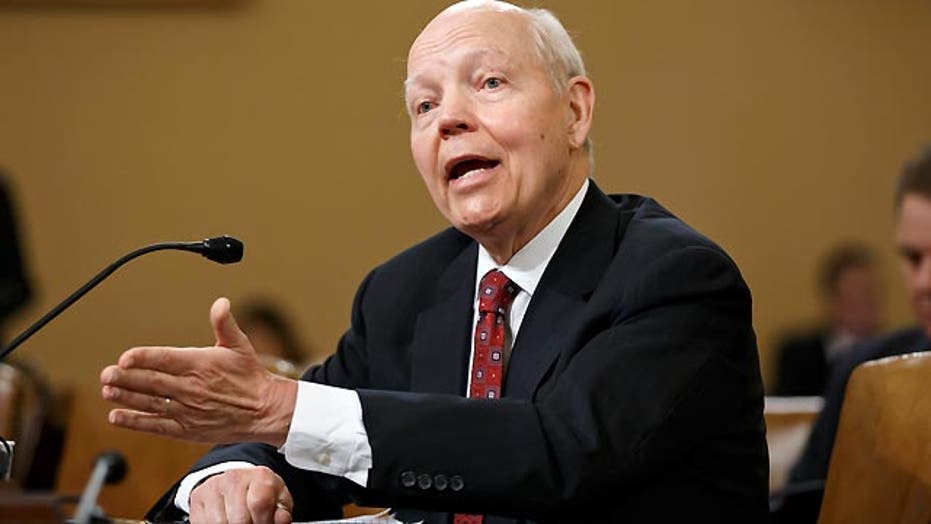 IRS getting grilled on Capitol Hill

A White House attorney subpoenaed by Rep. Darrell Issa to testify on the IRS targeting scandal has agreed to attend a hearing Tuesday morning about the missing emails of former agency official Lois Lerner, after the White House initially blocked her testimony.

The committee sent a letter on June 19 asking for Jennifer O'Connor to appear at a hearing as part of its investigation into IRS targeting of conservative groups. The IRS says that in 2011 it lost an unknown number of emails to and from Lerner, the former head of the division that processes applications for tax-exempt status, because her computer crashed.

O'Connor served from May to December 2013 as the counselor to then-IRS commissioner Daniel Werfel. Issa said her testimony was necessary because during that period she had a primary role in gathering the documents to be presented to the committee.

In a June 23, letter addressed to Issa, the White House said O'Connor "will be pleased" to appear before the committee -- following the subpoena.

But O'Connor's boss, White House Counsel W. Neil Eggleston, initially responded by telling the committee that O’Connor’s testimony was not necessary because she left the IRS before the agency discovered that the emails were missing.

"It thus appears that you and others in Congress are now receiving substantial information from those at the IRS most familiar with the discovery of, and investigation into, the computer failure,” Eggleston said in a letter.  "This new information should address the questions that may have prompted your earlier hearing invitation to Ms. O'Connor."

That prompted the subpoena.

The committee’s ranking member, Rep. Elijah Cummings, D-Md., blasted Issa for subpoenaing O’Connor, who he said is not involved in the email controversy.

“Chairman Issa is now trying to generate additional headlines with unsubstantiated links to the White House, apparently without fully understanding the facts about the witness he subpoenaed,” he said. “These actions undermine the credibility of our Committee and our work.”