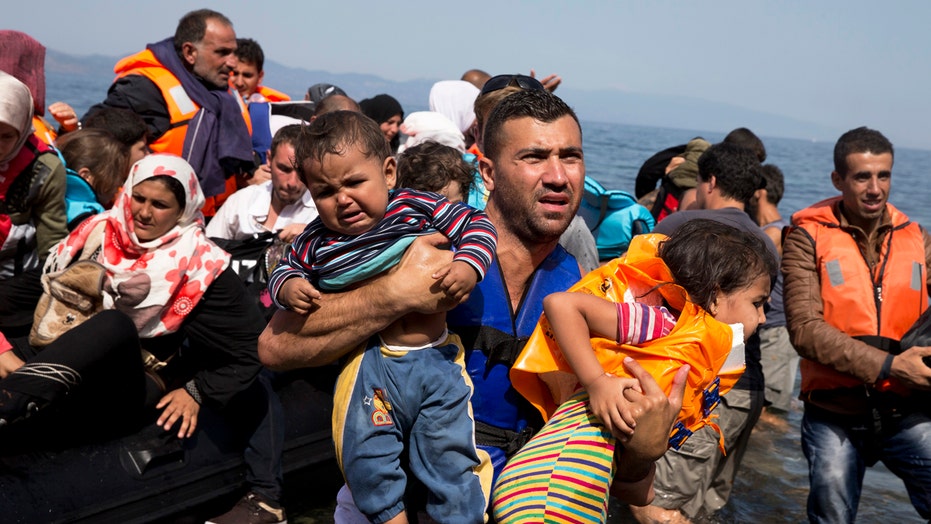 Dispute over who has the authority to decide settlement in states

The Obama administration is offering to send state governors personalized reports with detailed information about refugees that have been resettled in their state so far this year.

The Associated Press reported late Monday that White House chief of staff Denis McDonough says in letters to all 50 governors that the State Department would provide a "tailored report" on refugees resettled in the last month and throughout the year so far. The news agency said it had obtained a copy of McDonough's letter to Wisconsin Gov. Scott Walker.

McDonough says the State Department would update the information monthly on a password-protected website. He says it would break down refugees by nationality, gender and age range.

Nearly two dozen governors, mostly Republicans, have vowed to block efforts to resettle Syrian refugees in their states following the Nov. 13 terrorist attacks in Paris. The Obama administration reminded them in a Nov. 25 letter that states don't have that legal authority and could be punished, including suspension or termination from the federally funded resettlement program, if services are denied.

The governors have expressed fears that militants planning a terror attack could enter the country under the guise of seeking refuge from war-torn Syria. In the House, lawmakers have voted overwhelmingly to erect higher hurdles for Syrian and Iraqi refugees.

Roughly 2,200 Syrian refugees have been allowed in the U.S. over the last four years. The Obama administration, which says the vetting process is thorough and can take up to two years, has outlined a goal of bringing 10,000 more Syrian refugees to the U.S. during the current budget year.