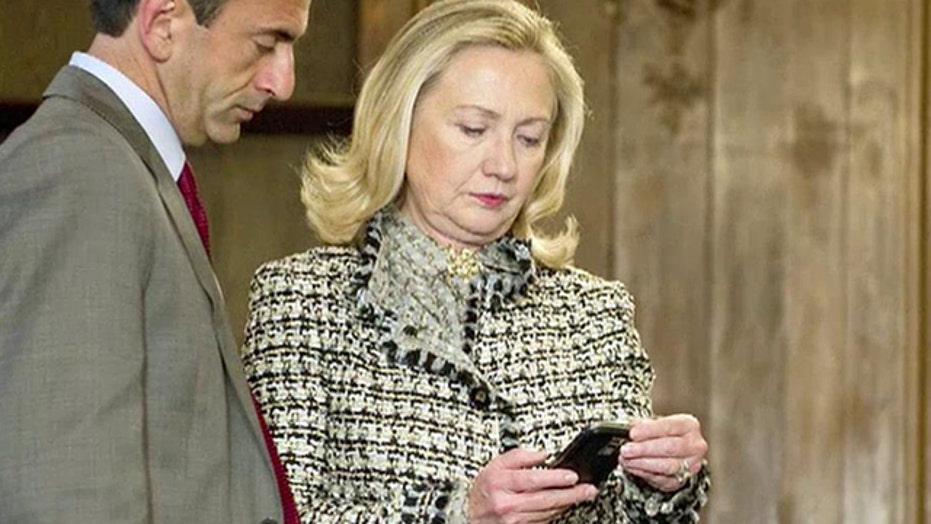 The White House counsel's office reportedly was kept in the dark about Hillary Clinton's exclusive use of personal email while secretary of state, in the latest detail raising questions over how and why she stayed off the government system despite administration guidance to the contrary.

An unnamed source told The Associated Press the White House counsel's office only found out about her heavy personal email use as part of the congressional investigation into the Benghazi attack.

The person said Clinton's exclusive reliance on personal email as the nation's top diplomat was inconsistent with the guidance given to agencies that official business should be conducted on official email accounts. According to the source, the counsel's office asked the State Department to ensure that her email records were properly archived, after finding out in the course of the Benghazi probe she did not follow the guidance.

Meanwhile, lawmakers and others were stepping up efforts to get to the bottom of the issue.

Amid the pressure, Clinton said on Twitter late Wednesday she has asked the State Department to make her emails available to the public, in her first public response to the controversy.

"I want the public to see my email," she tweeted. "I asked State to release them. They said they will review them for release as soon as possible."

This means the State Department will vet the 55,000-plus pages she handed over, leaving the diplomatic agency with the intensely politicized task of determining which can be made public.

The State Department said it would review the emails as quickly as possible but cautioned it would take some time.

The email saga has developed as the first major test for how the White House and President Obama's administration will deal with Clinton's likely 2016 presidential campaign -- and the inevitable questions that will only get louder as 2016 approaches.

In his letter to department Inspector General Steve Linick, RNC Chief Counsel John Phillippe urged an investigation into whether Clinton's system posed a cybersecurity risk, what the department email policies were, how Clinton was allowed to use the personal system and other issues.

"The American public deserves to know whether one of its top-ranking public official's actions violated federal law," he wrote. "With transparency and openness in government being one of President Obama's guiding principles, it is incumbent upon your office to determine the facts surrounding this issue."

Since the revelations surfaced this week, the Obama administration has been pummeled by endless questions about Clinton, who hasn't formally announced a run. In the absence of an official campaign to defend her, the White House press secretary has been put in the awkward position of being a de facto Clinton spokesman and the most public voice speaking on her behalf.

While trying to avoid doing political damage to Clinton, the White House has put the onus on her aides to explain exactly what happened.

White House press secretary Josh Earnest acknowledged Wednesday that Clinton would have emailed White House officials on a non-government account. But the source familiar with the matter who spoke to the AP said the White House was not aware that was her sole method of email and that she wasn't keeping a record of her emails at the State Department.

The person said the White House's concern was that agencies must maintain records for historical and legal purposes in the case of a Freedom of Information Act request or subpoena. If the State Department didn't control the records, officials there could not search and ensure they are turning over what is required and that could create a legal issue for the agency.

Earnest said the guidance given to government officials is that they should forward work emails on a personal address to official accounts or even print them out and turn them over to their agency to ensure they are properly maintained.

The Associated Press also has reported that Clinton's account was set up on a computer email server traced to her home in Chappaqua, New York.