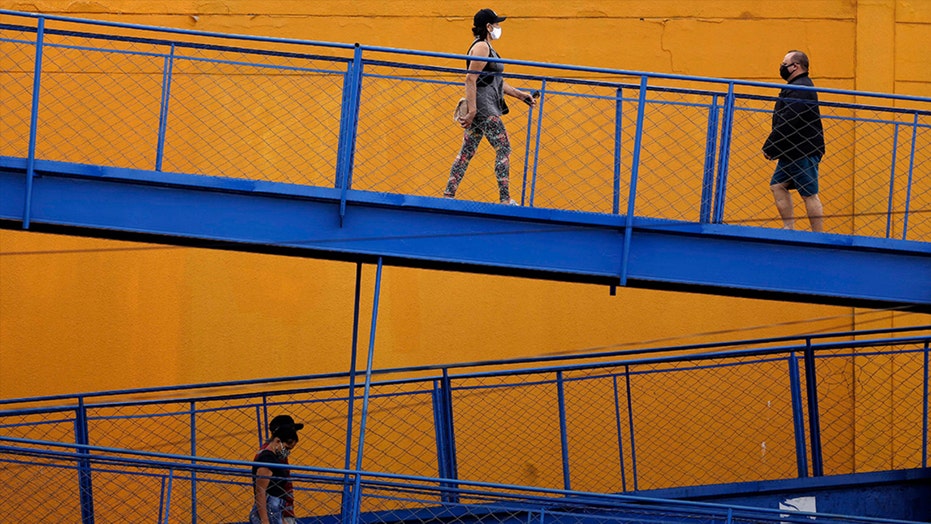 US to restrict travel to Brazil amid coronavirus concerns

The White House announced that starting late Thursday night, the U.S. will restrict travel to and from Brazil amid coronavirus concerns, Mark Meredith reports.

The White House on Sunday announced that the U.S. would bar entry of non-citizens traveling from Brazil, which has seen a sharp rise in coronavirus cases in previous weeks.

The Trump administration “has determined that the Federative Republic of Brazil is experiencing widespread, ongoing person-to-person transmission” of the virus, according to a White House statement.

Brazil has more than 360,000 cases of COVID-19, the disease caused by the coronavirus, according to health ministry data released Sunday night, meaning it trails only the U.S. in the Johns Hopkins University tally. Experts consider it a vast undercount due to insufficient testing.

Brazil also has recorded over 22,000 deaths, which would make it the fifth-most in the world. There have been more than 96,000 U.S. deaths reported.

The ban on travel from Brazil is set to take effect late Thursday. The new restrictions would apply to any non-citizens who had been in Brazil for up to 14 days before trying to enter the U.S., officials said.

The restrictions also would not apply to trade between the U.S. and Brazil.

Trump already has banned travel from the United Kingdom, Europe and China, all of which have been hit hard by the virus. This past Wednesday, Trump said he had been considering restrictions to travel from Brazil.

O’Brien said Sunday on CBS News’ “Face the Nation” that he expected any ban would be temporary. 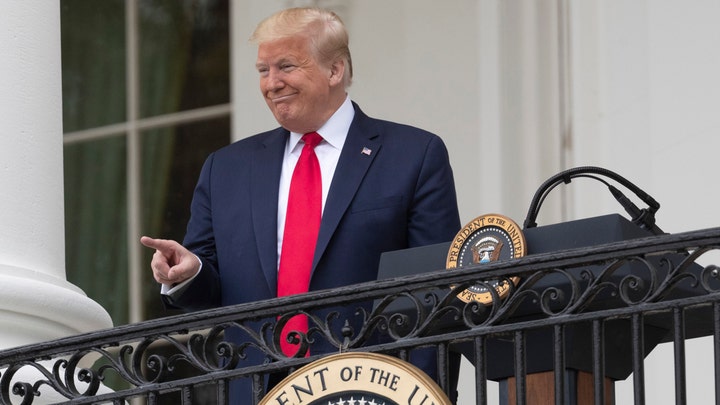 White House Press Secretary Kayleigh McEnany added in a statement: “Today, the president has taken decisive action to protect our country by suspending the entry of aliens who have been in Brazil during the 14-day period before seeking admittance to the United States.”

She continued, “Today’s action will help ensure foreign nationals who have been in Brazil do not become a source of additional infections in our country.”

Data from Brazil’s civil aviation agency showed there already has been a sharp reduction in U.S.-bound flights from the South American country. There were more than 700 flights from Brazil to the U.S. in February of this year, with the number dropping to just 140 in April, two months later.

South America has been seen as a new epicenter of the coronavirus pandemic, according to the World Health Organization. Last week, Brazil overtook Spain and Italy in total confirmed cases.

Brazil President Jair Bolsonaro has faced criticism for weeks, with activists saying he has flat-out refused to deal with the pandemic.

Bolsonaro has downplayed the coronavirus by repeatedly calling it a “little flu” and insisting that closing businesses and issuing stay-at-home recommendations ultimately would cause more hardship by wrecking the economy.

The number of cases in Brazil has continued to surge, pushing hospitals in multiple states to the brink of collapse and causing the Amazon city of Manaus to bury people in mass graves. The pace of deaths has been accelerating and, with a peak still approaching, the country has had only an interim health minister.