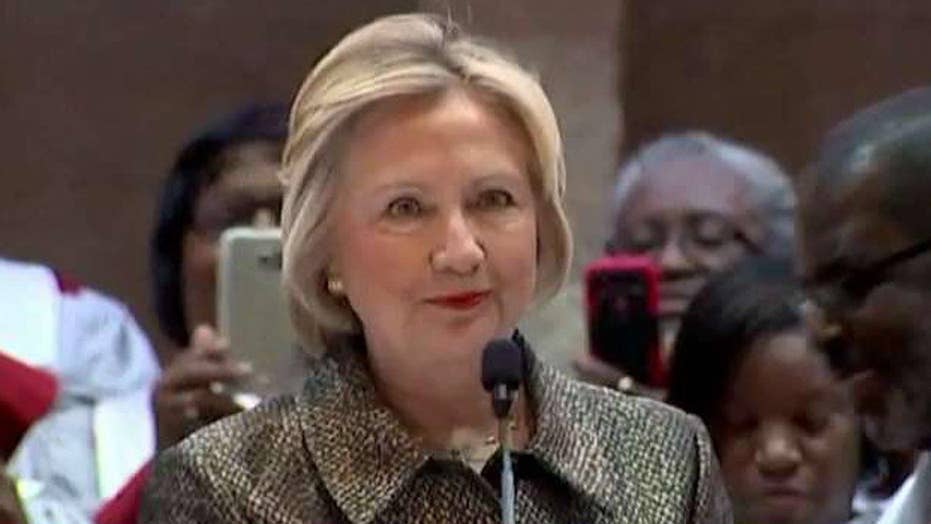 Democratic candidate's campaign defends remarks made to donors in February

Hillary Clinton Campaign Chairman John Podesta agreed “in principle” with a party operative’s assertion that Vermont Sen. Bernie Sanders needed “to be ground to a pulp” early in the Democratic presidential primary, according to emails released Thursday by WikiLeaks.

Communications strategist Joel Johnson advised Podesta to “crush [Sanders] as hard as you can” in a Feb. 21 email that came on the heels of Clinton’s Feb. 20 win in the Nevada caucus.

“I agree with that in principle,” Podesta responded. “Where would you stick the knife in?”

Johnson ran down a laundry list of attacks against Clinton’s chief rival for the Democratic nomination:

But despite the recommendations, Sanders proved to be a consistent thorn in Clinton’s side, until she locked up the nomination on June 7.

A month after Johnson’s email, Clinton aide Minyon Moore excoriated Sanders in an exchange that was forwarded to Podesta.

“I think Sanders is a rule breaker and has no institutional loyalty to the Democratic Party; we should expect him to ignore the rules and persist in his quest to flip Super Delegates despite over whelming evidence that reflects his considerable weaknesses with the Democratic base and no doubt in the general,” Moore wrote.

Both emails about Sanders, who later endorsed Clinton, were unearthed after Podesta’s Gmail account was hacked and its contents subsequently posted on anti-secrecy website WikiLeaks.