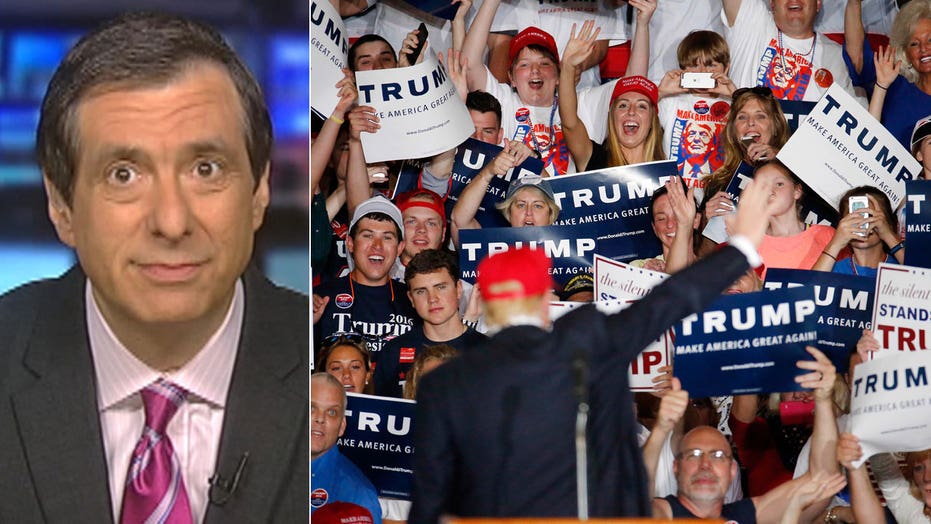 Kurtz: Trump and the politics of resentment

In the process of savaging Trump, Sullivan also illuminates the source of his appeal.

I’ve known Andrew for a quarter century, first as the brilliant young editor of the New Republic, then as a writer for Time, the New York Times and the Daily Beast, as well as one of the pioneering bloggers until he went into semi-retirement. Politically, he is a lifelong conservative who became one of President Obama’s biggest boosters.

Sullivan is back in action with a New York magazine cover story casting Trump as a tyrant. But he strikes a nerve—with me, at least—in turning his attention to the working-class Americans who helped power Trump’s bid for the Republican nomination.

This, in my view, is a principal reason that most of the mainstream media utterly misjudged Trump’s appeal.

“For the white working class, having had their morals roundly mocked, their religion deemed primitive, and their economic prospects decimated, now find their very gender and race, indeed the very way they talk about reality, described as a kind of problem for the nation to overcome. This is just one aspect of what Trump has masterfully signaled as 'political correctness' run amok”—that is, a progressive passion for “racial and sexuality of outcome,” rather than mere equality of opportunity.

Trump’s appeal to these voters is often described in economic terms (he’ll bring back jobs and fight for better trade deals). But it is also cultural:

“Much of the newly energized left has come to see the white working class not as allies but primarily as bigots, misogynists, racists, and homophobes, thereby condemning those often at the near-bottom rung of the economy to the bottom rung of the culture as well. A struggling white man in the heartland is now told to ‘check his privilege’ by students at Ivy League colleges…

“These working-class communities, already alienated, hear — how can they not? — the glib and easy dismissals of ‘white straight men’ as the ultimate source of all our woes. They smell the condescension and the broad generalizations about them — all of which would be repellent if directed at racial minorities.”

And that is what many journalists missed—because they’re so disconnected from that world. Their jobs aren’t threatened by trade deals. They often live upper-middle-class lifestyles in places like New York, Washington and Los Angeles, often don’t take public transportation, often don’t send their kids to public schools.

David Brooks, a conservative who opposes Trump, copped to this in a recent New York Times column:

“I was surprised by Trump’s success because I’ve slipped into a bad pattern, spending large chunks of my life in the bourgeois strata — in professional circles with people with similar status and demographics to my own. It takes an act of will to rip yourself out of that and go where you feel least comfortable. But this column is going to try to do that over the next months and years.”

Trump got at the feelings of a world turned upside-down, at least among the male species, during a speech in Spokane:

“I mean all of the men, we’re petrified to speak to women anymore. We may raise our voice,” he said. “You know what, the women get it better than we do, folks."

Sullivan traces the politics of resentment from the Tea Party through Black Lives Matter, and says Obama unintentionally became a symbol of some whites feeling culturally marginalized.

Another passage that jumped out at me has to do with gay rights. Sullivan famously made the conservative case for gay marriage way in an essay way back in 1989. Now that it’s the law of the land, Sullivan takes a shot at “the gay left, for whom the word magnanimity seems unknown, even in the wake of stunning successes.”

When it comes to the politics of resentment, says Andrew, “Trump saw what others didn’t.” But the media have an opportunity to learn from their mistakes, and this goes well beyond Trump. We all need to better understand the frustration of folks who are fed up with with politics as usual and media as usual.