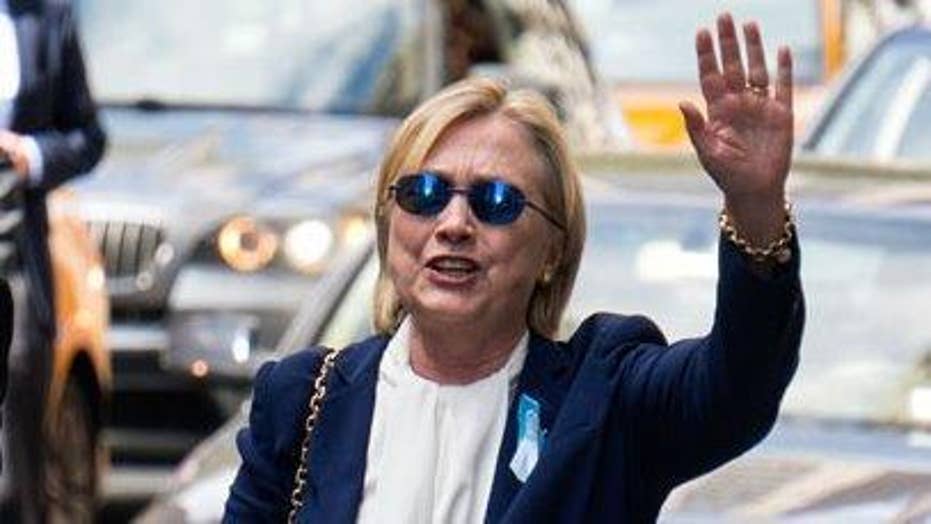 In wake of health scare, is Clinton replaceable?

Strategy Room: David Mercer and Brad Blakeman discuss Hillary Clinton's health and whether the DNC will consider replacing her as their Presidential candidate

Whether an October surprise may have come a month early, it’s too soon to say.

But Hillary Clinton’s weekend health scare already has started to stir speculation about whether Democratic officials should be discussing the possibility of a Plan B, in case they need to hastily arrange for a replacement nominee.

Which raises a basic question: How does that work?

Democratic Party bylaws say the DNC has the power to fill “vacancies in the nominations for the office of the president and vice president” when the national convention is not in session.

Under party rules, the DNC chair – currently Donna Brazile – could call a special meeting, and fill the vacancy by a majority vote of those present.

Analysts still see this scenario as exceedingly unlikely. It appears party leaders have no authority to sideline Clinton, meaning the special meeting would kick in only if she were to step aside voluntarily. The nominee and her aides say she's recovering and feeling much better now.

But after Clinton left a 9/11 memorial Sunday stumbling and being helped into an SUV by multiple aides -- an incident the campaign tied to a recent pneumonia diagnosis and other factors -- some Democrats are at least thinking about that process.

Former Al Jazeera and MSNBC anchor David Shuster tweeted Sunday that the DNC was considering an “emergency meeting” to talk about a Clinton replacement, although his source emphasized her status as nominee was up to her, not the party.

Top dem: "we can make contingencies, argue, plead with @HillaryClinton, but DNC bylaws are clear her nominee status now totally up to her."

“It has them very nervously beginning to whisper about having her step aside and finding another candidate,” Roberts said, adding that “it’s unlikely to be a real thing” and describing the talk as likely “an overreaction.”

But in the, albeit unlikely, scenario of a replacement scramble, Kaine isn’t necessarily a shoo-in. 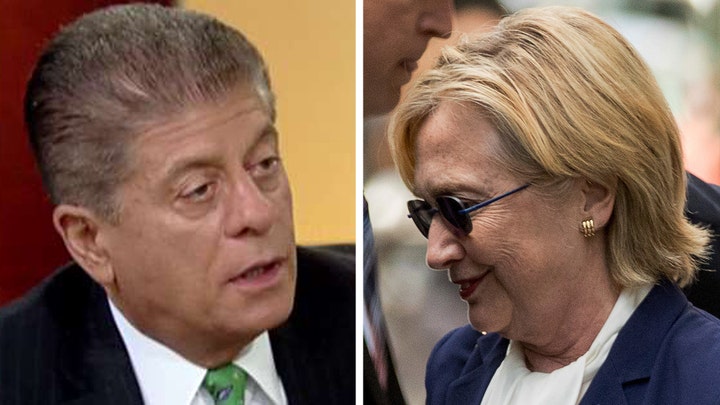 Historian Doug Wead told Fox News’ Neil Cavuto that the votes would tend to go toward whomever the top of the ticket endorses, though it’s not guaranteed.

“Whatever [Clinton] says will likely hold sway, but legally, technically they have their own vote,” he said.

Replacing a member of a major-party ticket would be exceedingly rare, though not unprecedented. This happened in 1972 when Democratic nominee George McGovern’s running mate -- Sen. Thomas Eagleton -- withdrew from the race in July after it was revealed he had undergone electric shock treatment for mental health issues.

Eagleton was replaced in August by Sargent Shriver as the new vice presidential nominee. The McGovern/Shriver ticket went on to lose the race in a landslide to incumbent President Richard Nixon.

Rick Hasen, who runs the Election Law Blog, told FoxNews.com that the situation could become significantly more complicated if it were to play out later in the calendar.

“The more complicated problem would arise if ballots have already been printed, and people would have started voting. There, the Electoral College would come into play, and electors from the party would be expected to vote for the replacement nominee,” Hasen said.

The first absentee ballots were mailed out in Sept. 9 in North Carolina, and many other states will soon follow. By mid-September the deadlines for both parties to certify candidates for the general election will have passed in every state – meaning lawsuits might have to be filed to try and get a replacement on the ballot.

The DNC did not respond to a request for comment from FoxNews.com.

This isn’t the first time this election cycle there has been talk of a candidate dropping out. In August, during a particularly rough patch of poll numbers for Trump, some GOP officials were reportedly considering contingency plans in case the Republican nominee dropped out.