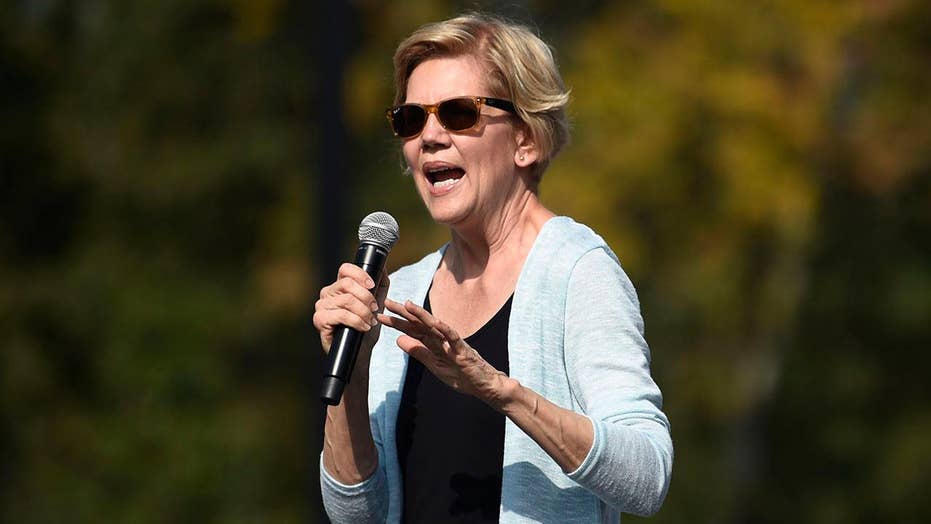 Elizabeth Warren is now polling ahead of Joe Biden in Iowa and New Hampshire.

The figure affirms the momentum Warren has appeared to be gaining in recent weeks and months, as polls show her now battling Biden – once the unrivaled front-runner – for the primary lead.

While Sanders remains in third position in many polls, his fundraising is unmatched, totaling $25.3 million in the third quarter.

But Warren's campaign cash number comes close — and is far ahead of the $15.2 million raised by Biden in the last quarter.

Warren and Biden are essentially tied for the lead position in most recent national and early-voting-state Democratic nomination polls.

The Massachusetts senator, who’s produced one progressive policy proposal after another, announced her fundraising figures on Twitter, saying, “I’m grateful down to my toes for every grassroots supporter who chipped in.”

“Together, we’re building a movement that’s going to put power back in the hands of the people,” she pledged.

Warren’s third-quarter haul is up nearly $6 million from what she raised during the April-June quarter.

Her campaign announced that they received 943,000 contributions from more than a half-million individual donors, with 300,000 of those donors giving for the first time. And they reported that the average contribution to Warren was $26.

Sen. Kamala Harris of California reported bringing in $11.6 million in the third quarter, with tech entrepreneur Andrew Yang hauling in $10 million, triple what he raised in the second quarter. Sen. Cory Booker of New Jersey announced he raised over $6 million.

President Trump’s reelection team, meanwhile, blew past all of them. The campaign announced that it and the Republican National Committee combined had brought in a massive $125 million in the third quarter.

Asked Thursday during a campaign stop in California how she could compete with Trump's massive war chest if she reaches the general election, Warren touted her "grassroots movement" and highlighted "that's going to be our comparative advantage to win in November 2020."

Tuesday was the first day campaigns could announce their third-quarter numbers, but they have until Oct. 15 to file their fundraising reports with the Federal Election Commission.

Campaign cash is a crucial barometer of a candidate’s appeal and popularity and of his or her campaign’s strength. Fundraising dollars can be used by the candidates to pay for campaign staff and grassroots outreach efforts, travel and ads.