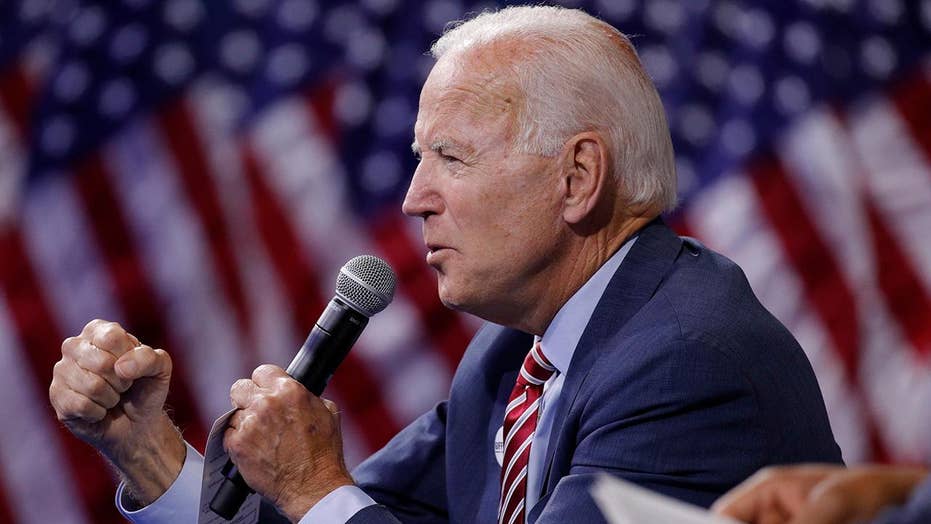 GOP pollster Justin Wallin on which 2020 Democrat will win in the battleground state of South Carolina.

With one week to go until the next Democratic presidential debate, a new national poll shows Sen. Elizabeth Warren  is holding a slight edge over former Vice President Joe Biden in the race for their party’s 2020 nomination.

The poll – released Tuesday by Quinnipiac University – is the latest in a slew of national and early voting state surveys in recent weeks to show Warren has surged and now is virtually tied with Biden in the Democratic primary battle.

The populist senator from Massachusetts who has produced one progressive plan after another stands at 29 percent support among Democrats and Democratic-leaning independents in the survey. Biden – who for months was the unrivaled front-runner – registers at 26 percent. Warren’s three-point advantage over the former vice president is within the poll’s margin of error.

“Warren maintains her strength in the Democratic primary, which has been consistently growing since the start of her campaign. This poll confirms her status as a co-frontrunner with Biden," Quinnipiac University polling analyst Tim Malloy said.

Warren was at 27 percent, Biden 25 percent, and Sanders 16 percent in Quinnipiac's last Democratic primary poll, which was released two weeks ago.

South Bend, Indiana Mayor Pete Buttigieg is a distant fourth, at 4 percent, in the new survey. Sen. Kamala Harris of California and tech entrepreneur Andrew Yang stand at 3 percent in the survey. Sens. Cory Booker of New Jersey and Amy Klobuchar of Minnesota register at 2 percent, with everyone one else in the record-setting field of Democratic presidential candidates coming in at 1 percent or less.

Biden tops President Trump 51-40 percent in a hypothetical general election matchup. But that’s down from a 16 percentage point lead over the GOP president in Quinnipiac’s late August poll. Warren’s ahead of Trump by eight points in the new survey, down from a 12-point lead in August. And Sanders beat the president by 7 points, down from a 14 point lead in the previous poll.

The new poll also indicates that registered voters nationwide remain divided over impeaching and removing the president from office over the Ukrainian crisis.

Forty-five percent of registered voters say Trump should be impeached and removed from office, with 49 percent opposing such a move. Voters were evenly split at 47 percent in last week’s Quinnipiac survey. But a Quinnipiac poll released late last month – before news of the Ukrainian crisis broke – indicated support for impeachment at just 37 percent.

The new poll indicates 53-43 percent majority support for impeachment inquiry being conducted the Democratic-controlled House of Representatives, a slight uptick from 52-45 percent backing for the investigation a week ago.

As expected, there’s a vast partisan divide, with 92 percent of Democrats saying the inquiry’s legitimate and 88 percent of Republicans calling it a witch hunt. By a 52-40 percent margin, independents say the investigation into Trump is legitimate.

Trump’s under fire over his July 25 call with Ukrainian President Volodymyr Zelensky, in which he urged Zelensky to investigate former Vice President Joe Biden and his son Hunter over their dealings in the eastern European country that’s been battling Russia this decade. Fueled by whistleblower complaints and a read-out of the call released by the White House, Democrats argue the president was asking a foreign country to potentially interfere in a U.S. election.

The president and allies have instead tried to put the spotlight in the scandal on Biden, a political rival who’s hoping to face off against the president in next year’s election.

The Quinnipiac University poll was conducted October 4-7, with 1,483 self-identified registered voters questioned by live telephone operators. The survey’s overall sampling error is plus or minus 3.1 percentage points, with a sampling error of plus or minus 4.7 percent for questions to the 646 Democrats and Democratic-leaning independents.