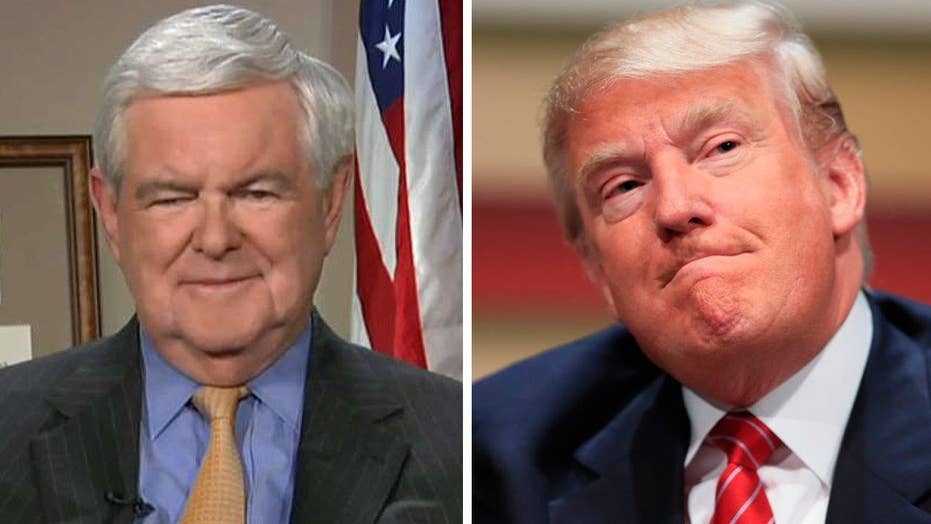 Gingrich would give Trump 'high marks' for the opening round

On 'Hannity,' the former House speaker weighs in on the president's first 100 days

Sen. Elizabeth Warren, D-Mass., one of President Trump’s most vocal critics in the Senate, gave the new president an ‘F’ grade for his first 100 days.

“He’s a man who ran for office promising to help working people,” said Warren. “And so what has he done? Well, first he assembles a team of billionaires and bankers and hands the keys over to them. Says to Goldman Sachs, you figure out how to deregulate the economy. I mean, what could possibly go wrong?”

Trump has dismissed the end of his first 100 days in office as an “artificial” marker, but he’s packed the final stretch with a burst of executive orders and lofty legislative goals covering health care, tax reform and more.

Before Saturday’s deadline, Trump plans to sign at least four executive orders -- including one aimed at easing regulations on offshore oil and gas exploration and another to protect whistleblowers at the Department of Veterans Affairs, under a microscope for failing to provide adequate patient care. Another would direct the Interior Department to review prior national monument designations.