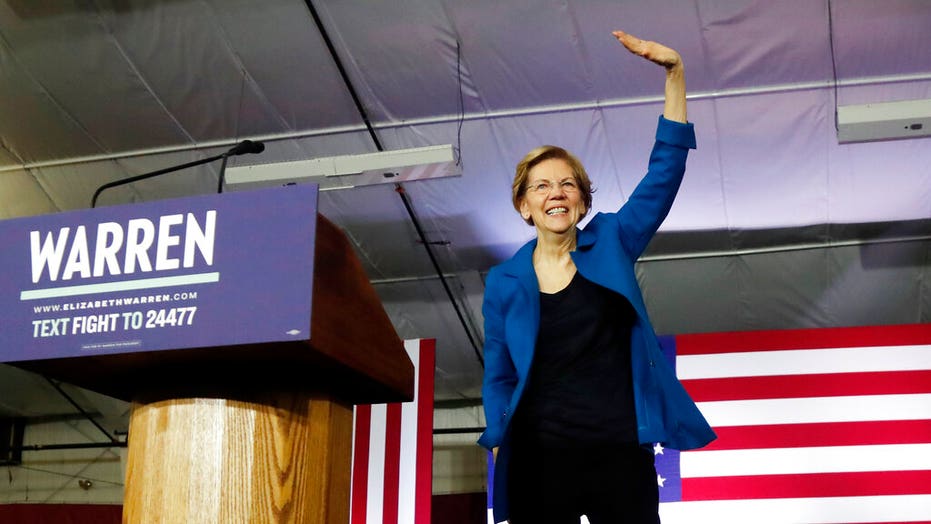 Sen. Elizabeth Warren, D-Mass., sought to reassure voters that she's focused on her future as the potential Democratic nominee for the 2020 presidential election, even as pollsters predict her odds of making it to a faceoff with President Trump will be severely limited if she can't come out on top in New Hampshire on Tuesday night.

Warren's campaign manager, Roger Lau, sought to weaken the candidacy of even the top party contenders, including Sen. Bernie Sanders, I-Vt., and former Vice President Joe Biden, in a memo ahead of the first in the nation primary.

The memo criticized Sanders for starting with "a ceiling that's significantly lower than the support he had four years ago,"  and pointed out Biden's low polling numbers in recent weeks, especially with his lackluster performance in Iowa.

WHY NEW HAMPSHIRE MAY BE THE LAST STOP FOR ELIZABETH WARREN'S CAMPAIGN: POLLSTERS BREAK IT DOWN

Lau also aimed at former South Bend Mayor Pete Buttigieg, D-Ind., who came out of Iowa a top contender, but who Warren's camp says has been unappealing to African American voters.

“If the early states deliver mixed results for the field, and no seismic event shakes up the top three, the remaining viable candidates for the Democratic nomination as of Super Tuesday will be Joe Biden, Bernie Sanders and Elizabeth Warren,” the memo predicts, ousting Buttigieg who performed surprisingly well in the first caucus of the season.

“Despite being in the race for a year and effectively tied for second in Iowa, Pete Buttigieg fails to break the 15 percent threshold in any of the Super Tuesday states and is in danger of getting locked out of critical statewide delegates entirely,” Lau wrote.

Warren's campaign focused significant funds on securing wins in both Iowa and New Hampshire but came in third in the Iowa caucuses. She has admitted that financial struggles have caused her campaign to scale back advertising spending in South Carolina and Nevada, which each have contests later this month, but she has refused to take money from big donors.

Despite this, her campaign says that "internal projections" show her coming out at about the 15 percent threshold in 108 of the 150 congressional districts at stake before Super Tuesday, seizing two-thirds of the map.

“Warren is poised to finish in the top two in over half of Super Tuesday states (eight of 14), in the top three in all of them, and is on pace to pick up at-large statewide delegates in all but one,” the memo said, citing the campaign's internal projections.