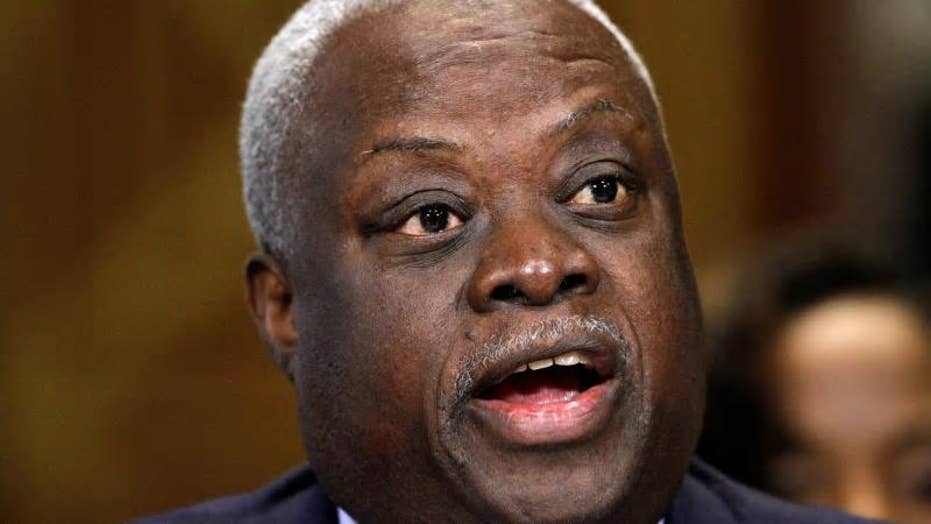 Just before Hurricane Irma last year, U.S. Virgin Islands Gov. Kenneth Mapp issued a disturbing executive order authorizing the emergency seizure of guns and ammunition. The hurricane has been over nearly a year, but Mapp has continued to renew this order, apparently setting the precedent that Virgin Islands residents can lose their weapons at will. Now, some lawmakers are finally demanding answers about this executive order. #Tucker

Republican lawmakers are inquiring into an order from U.S. Virgin Islands Gov. Kenneth Mapp that theoretically allowed the state to seize citizens’ firearms ahead of Hurricane Irma last year.

The order, according to the two Republicans, gave the adjutant general the authority “to seize arms, ammunition, explosives and incendiary material and other property required.”

The order also “allows for the National Guard to spend government resources to acquire firearms and ammunition outside of normal government procurement processes.”

Bishop told Fox News’ Tucker Carlson the lawmakers want to know if “as devastating as those two hurricanes were, if that ever justifies the denial of a civil liberty or the denial of a constitutional right.”

The U.S. Virgin Islands (USVI) is a group of islands in the Caribbean. The islands were devastated by back-to-back hurricanes – Irma and Maria – in September 2017.

“Just because there is an emergency – and I’m not denying, I’ve been there, I know how devastating that hurricane was for the islands – that still does not justify what this appears to justify,” Bishop, from Utah, said.

Bishop noted that it’s unclear if any law-abiding citizens’ firearms have been used or confiscated by the USVI government since the order was enacted.

After reauthorizing the order in December, Mapp told The Daily Caller the National Guard “is not authorized to take arms and munitions from civilians.” He also called questions about the order’s language “foolish.”

“The inconsistency between the language in the executive order and Virgin Islands Code allowing for the seizure of legally owned firearms and your public statements regarding how the executive order will be implemented is concerning and potentially jeopardizes citizens’ right to bear arms,” Bishop and Goodlatte wrote.

Fact-checking website Snopes said the order’s language is “clear” in that it “empowers” the adjutant general of USVI’s National Guard to take guns and “can reasonably be assumed that such confiscation would extend to the property of civilians, especially since there is nothing in the order to contradict this natural assumption, or to stipulate that only property owned by incorporated entities or trusts may be seized.”

WHERE DOES TRUMP STAND ON GUN CONTROL? A LOOK AT THE PRESIDENT’S VIEWS

The National Rifle Association threatened to sue last year when it announced its “strong opposition” to the order.

“People need the ability to protect themselves during times of natural disaster,” Chris W. Cox, executive director of the NRA’s Institute for Legislative Action, said at the time. “This dangerous order violates the constitutional rights of law-abiding citizens and puts their lives at risk.”

After Hurricane Katrina in 2005, New Orleans police also rounded up citizens' legally obtained firearms as ordered by then-Mayor Ray Nagin. That led to the passage of the Disaster Recovery Personal Protection Act of 2006, which prohibits “the confiscation of firearms during certain national emergencies.”

“Citizens deserve a clear answer on how the government of the Virgin Islands intends to implement this and any future emergency executive orders that may impact their constitutional right to bear arms and defend themselves in an emergency,” said Goodlatte and Bishop.