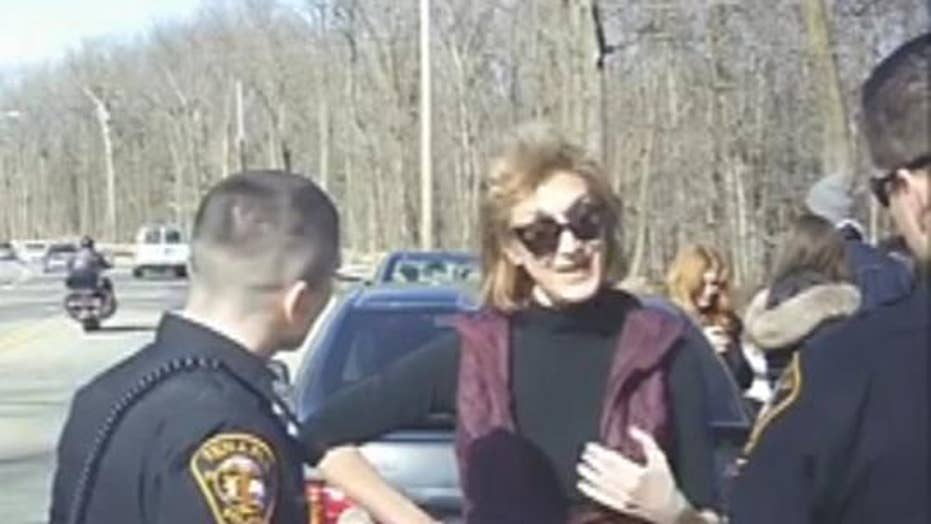 Police released a video Tuesday showing a former financial adviser to Hillary Clinton getting involved in a heated, profanity-laced confrontation with several officers.

Most recently, Turner has been a commissioner with the Port Authority of New York and New Jersey, and was chairwoman of its ethics committee, Politico reported. She was forced to resign last week because of the interaction with police during Easter weekend.

“The Port Authority has zero tolerance for ethics violations.”

According to a police report from March 31, Turner's daughter was in a car that had been pulled over on Route 9W by Tenafly, N.J., police, but the driver allegedly could not provide proof of insurance or registration. So Turner was called to the scene to help resolve the matter, NJ.com reported.

Police video then shows Turner demanding to know what was going on, and brandishing her credentials as a Port Authority commissioner.

"I need to know," Turner repeatedly tells the officers, demanding information about the traffic stop.

The officers tell her that they are under no legal obligation to provide details because her daughter and the others in the car were all over age 18.

Turner appears to grow increasingly frustrated, and demands that the officers refer to her as “Commissioner” rather than “Miss.”

In the police report, an officer writes that he advised Turner "to speak with the driver of the vehicle for more information,” based on the way she was “attempting to misappropriately user her professional position to gain authority in this situation.”

When an officer attempts to end the conversation, Turner says: “You may not tell me when to take my child. You may shut the f--- up!”

— Caren Z. Turner, in video of confrontation with police

A spokesman for the Port Authority called Turner’s actions “indefensible.”

Turner has yet to comment on her resignation or the allegations of violating the board’s code of ethics. Her name and photo have reportedly been removed from the Port Authority website.

Editor's note: An earlier version of this story incorrectly stated that Turner's daughter was the driver of the car. She was a passenger.