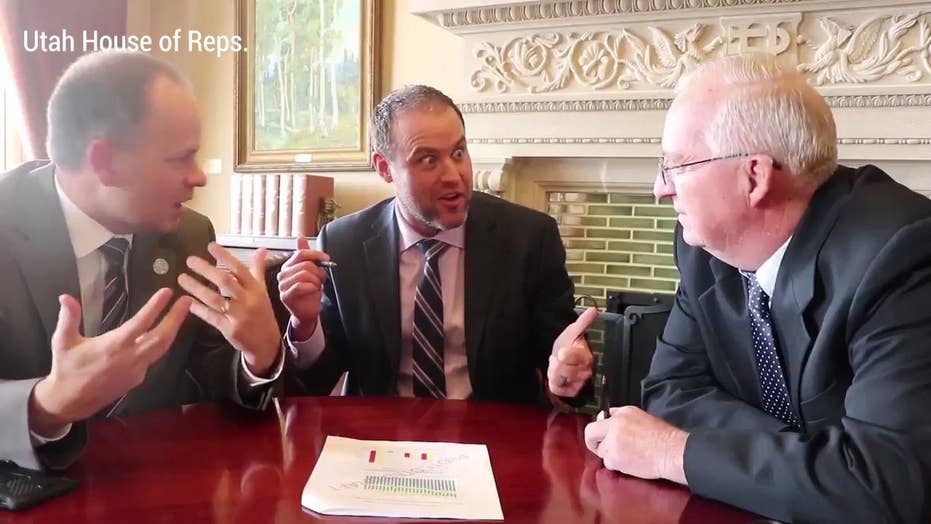 Utah House of Reps raps how a law is made

What is up, fellow kids?

Utah lawmakers have created a rap tribute -- of sorts -- to the famous “Schoolhouse Rock” videos that taught how a bill becomes a law and other civics lessons. This time, state lawmakers rhyme about the legislative process to the tune of the iconic '90s “Fresh Prince of Bel Air” theme song.

And it's every bit as cringeworthy as it sounds. Just as Fox News has reported on the dangers of dabbing in politics, rapping can be a perilous political pursuit.

“In the lawbook is where they spend most of their days, draftin’ out, maxin’ out, hardly relaxin’ all cool,” begins the rap for their “Fresh Prints of Bills Here” video.

From there, the suit-wearing pols lay down their rhymes, at times losing the tune but never the message: bills are cool.

“Look at that bill, it’s finally there, sitting as law, ready to be declared,” the song concludes, accompanied by a lawmaker sticking out his tongue.

While no doubt a laudable effort, the response on Twitter was an explosion of memes and gifs expressing viewers’ angst -- with the most popular being the ubiquitous "30 Rock" meme featuring detective Lenny Wosniak's (played by Steve Buscemi) attempts to go undercover in a high school.

Utah Senate Democrats, however, seemed pleased by the development, tweeting out a gif of a plotting racoon. Most of the lawmakers in the rap video are Republicans.