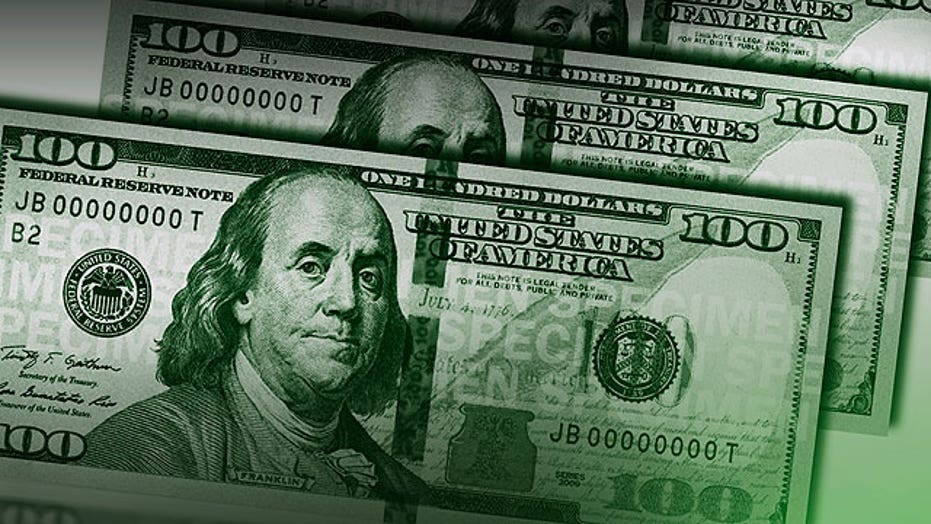 After a dismal winter, the U.S. economy sprang back to life in the April-June quarter, growing at a fast 4 percent annual rate on the strength of higher consumer and business spending.

The rebound reported Wednesday by the Commerce Department followed a sharp 2.1 percent annualized drop in economic activity in the January-March quarter. That figure was revised up from a previous estimate of a 2.9 percent drop. But it was still the biggest contraction since early 2009 in the depths of the Great Recession.

Last quarter's bounce-back was broad-based, with consumers, businesses, the housing industry and state and local governments all combining to fuel growth. The robust expansion will reinforce analysts' view that the economy's momentum is extending into the second half of the year, when they forecast an annual growth rate of around 3 percent.

The second quarter's 4 percent growth in the gross domestic product -- the economy's total output of goods and services -- was the best showing since a 4.5 percent increase in July-September quarter of 2013.

At the same time, a higher trade deficit slowed growth as imports outpaced a solid increase in exports.

Paul Ashworth, chief U.S. economist at Capital Economics, said that given the solid rebound last quarter, he's boosting his estimate for growth this year to a 2 percent annual rate, up from a previous 1.7 percent forecast. Ashworth said the rebound also supported his view that the Federal Reserve, which is ending a two-day meeting Wednesday, will be inclined to start raising interest rates early next year.

Most economists have been predicting that the Fed would wait until mid-2015 to start raising rates.

"At the margin, this GDP report supports our view that an improving economy will persuade the Fed to begin raising rates in March next year," Ashcroft wrote in a research note.

Ashcroft is among a group of economists who think growing strength in the job market and the overall economy will prod the Fed to move faster to raise rates to make sure inflation doesn't get out of hand.

The economy's sudden contraction in the first quarter of this year had resulted from several factors. A severe winter disrupted activity across many industries and kept consumers away from shopping malls and auto dealerships. Consumer spending slowed to an annual growth rate of just 1.2 percent, the weakest showing in nearly three years.

Last quarter, consumer spending, powered by pent-up demand, accelerated to a growth rate of 2.5 percent. That was double the pace of the first quarter.

Spending on durable goods such as autos surged at a 14 percent annual rate, the biggest quarterly gain since 2009. Analysts said that was an encouraging sign of consumers' growing willingness to increase purchases of big-ticket items like cars.

Consumer spending is closely watched because it accounts for more than two-thirds of economic activity.

In the April-June quarter, business investment in new equipment jumped at a 7 percent rate after having fallen 1 percent in the first quarter. That setback had reflected the expiration of business tax breaks at the end of 2013. Those tax breaks led companies to boost equipment spending at the end of last year.

Businesses, optimistic about future demand, increased their stockpiling last quarter. The increase in inventories contributed two-fifths of the growth in the quarter after having subtracted 1 percentage point from first-quarter activity.

Housing, which had been falling for two straight quarters, rebounded in the spring, growing at a 7.5 percent annual rate.

With the new report, the government also released its annual revisions to GDP data for the previous three years. Those revisions showed that growth was slightly faster in 2013 than previously thought, mainly because the second half of the year was healthier.

Mark Zandi, chief economist at Moody's Analytics, said he thinks growth could accelerate to above 4 percent in 2015. He said he expects support from continued solid gains in hiring, which should translate into strength in consumer spending. Employers have added at least 200,000 jobs for five straight months -- the best such stretch since the late 1990s tech boom.