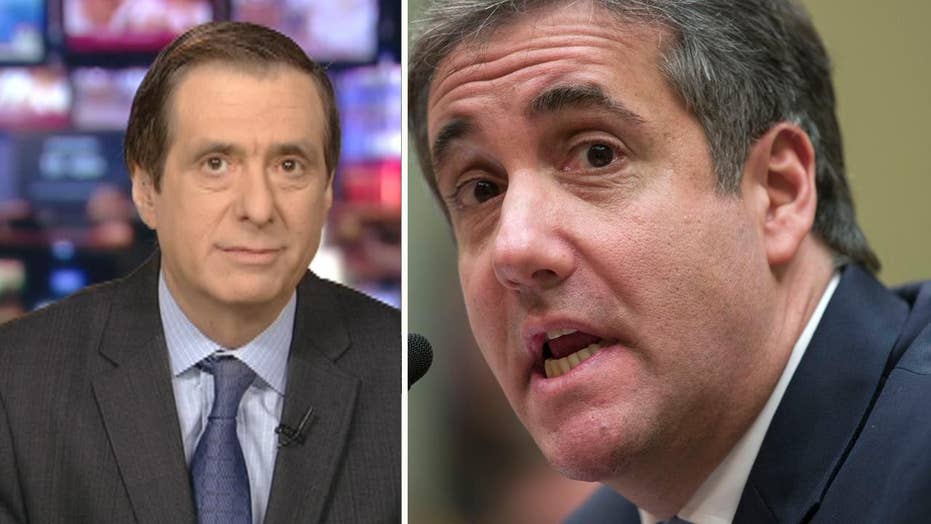 'MediaBuzz' host Howard Kurtz weighs in on the Michael Cohen spectacle before the House Oversight Committee and whether or not his testimony was damaging to President Trump.

Michael Cohen came to Capitol Hill with a double-barreled message: He is "ashamed" of what he did for Donald Trump and here are all the terrible things the president has done.

With his words being carried by the broadcast networks as well as cable outlets, Cohen repeatedly clashed with Republicans who assailed him as a liar and crook, while Democrats tried to draw out his allegations for maximum impact.

The president's former lawyer mostly maintained his composure, though he angrily pushed back at a couple of GOP members of the House Oversight Committee who aggressively attacked him. At one point he emotionally denounced the critical lawmakers for using the same untruthful tactics that he employed for a decade in protecting Trump.

The bottom line: the daylong extravaganza probably did little to change the minds of Trump supporters who view him as a pathetic convicted criminal, or Trump opponents who view him as a reformed sinner now shining a light on the president's dark deeds.

MICHAEL COHEN'S TESTIMONY BEFORE THE HOUSE OVERSIGHT COMMITTEE AS IT HAPPENED

He said he had no evidence of Russian collusion, but did paint the president as a con man who made racist statements, approved hush money payments and was told in advance by Roger Stone about the Wikileaks dump of Democratic emails (quickly denied by Stone).

Among the surprises: Cohen says he has been offered book deals, TV deals, and a movie option, but hasn't taken any of them, since he's headed off for prison. Some also aimed their firepower at Clinton loyalist Lanny Davis for representing Cohen, who said Davis is not being paid for his services. Cohen also lashed out at Trump for tweets about his family, saying the president was trying to "intimidate" him in the hope that "something bad will happen" to him, his wife or his children.

To say this was a highly negative portrait of the man he loyally served as "fixer" is an understatement. But it's also fair to say that with the exception of the disputed call from Stone, Cohen brought no bombshell charge.

The president's role in reimbursing Cohen for paying Stormy Daniels is significant, but that had already come out. His recollection of Trump disparaging "s---hole" countries run by black leaders was reported in a different context.

Cohen said he assumed that Don Jr. was referring to the infamous Trump Tower session when he whispered to his dad that an unspecified meeting was on, but had no proof.

Then there was the other Trump Tower, the one that was to be built in Moscow. Cohen said the president kept asking him about it and lied about his lack of knowledge. But that story, too, has been reported.

Cohen's assertion that Trump had him threaten schools not to release the boss's grades may be embarrassing, but is hardly high crimes and misdemeanors.

And then there was the question of whether the president told him to lie to Congress, as reported by BuzzFeed in a story that prompted a denial from Robert Mueller's office.

"Mr. Trump did not directly tell me to lie to Congress. That's not how he operates," Cohen said. Instead, he said, "Mr. Trump had made clear to me, through his personal statements to me that we both knew were false and through his lies to the country, that he wanted me to lie."

Ranking member Jim Jordan, the most aggressive Republican, asked why Cohen didn't have Lanny Davis deny the BuzzFeed account when he appeared on television that day.

"Because I didn't think it was his responsibility to do that," Cohen said. "We are not the fact checkers for Buzzfeed." 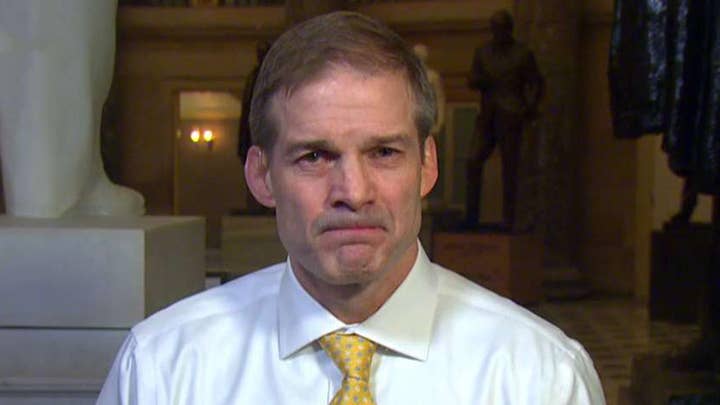 When Cohen felt that Jordan was unfairly disputing his account of the charge to which he had pleaded guilty, the witness briefly looked unnerved and declared, "Shame on you!"

The GOP denunciations of Cohen and the hearing itself grew repetitive as the day wore on. At one point, Chris Christie said on ABC, "There hasn't been one Republican yet who's tried to defend the president on the substance."

In one of the more surreal moments, there was even a Democratic question about the mythical pee tape, with Cohen saying he has no reason to believe it exists.

Before Cohen's testimony began, the president weighed in from Vietnam, saying "he was just disbarred by the state Supreme Court for lying & fraud. He did bad things unrelated to Trump. He is lying in order to reduce his prison time."

The bottom line: Trump's image definitely got scuffed up yesterday, but by a guy who had soiled his own reputation. I don't think the ball moved very much.