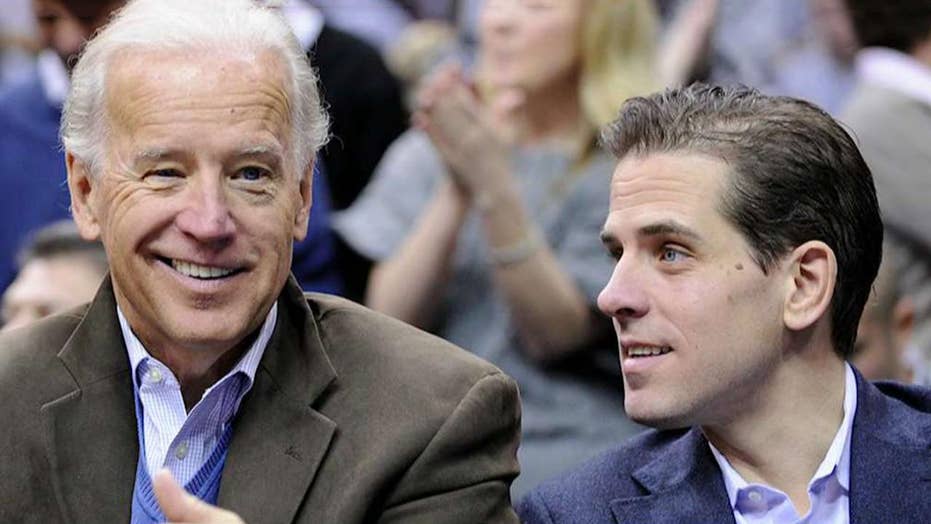 Several Democrats running for president in 2020 say they wouldn’t allow the children of their vice president to sit on the board of a foreign company if elected to the White House amid renewed scrutiny over the business dealings of Vice President Joe Biden's son Hunter.

Asked Thursday night at a campaign event in New Hampshire whether the son or daughter of a vice president should have business dealings abroad, businessman Andrew Yang said, “It certainly has a bad look to it.”

“In my mind they can wait until the term is over before serving that term. And that's really the way it would be under my administration,” he added.

But Yang said Friday in an interview with Fox News that his comments the previous night were not an implicit criticism of Biden.

“If you look at when he was vice president, were there any rules against your family members being on the boards of foreign companies? I believe there were not. So nothing was amiss,” he said.

Colorado Sen. Michael Bennet – in a interview published Thursday by Politico – said, "I think it’d be better not to have that kind of arrangement.”

But Bennet said the issue of Biden and his son Hunter paled in comparison to what Trump did in a July phone call with Ukraine’s president.

“I think it is distracting us from where we should be focused, which is on Donald Trump's calling up a foreign leader and tell him to investigate one of his political opponents. No matter what Hunter Biden did, it is hard for me to imagine that it's not 1 million times more benign than that,” Bennet emphasized.

On Wednesday, one of Biden's top rivals, Massachusetts Sen. Elizabeth Warren, quickly answered “no” when asked if she would allow her vice president’s child to serve on a foreign firm's board.

Still, to date, none of the Democratic presidential candidates have played into the president’s playbook of trying to turn the tables on Biden over his son's work.

Hunter Biden served on the board of a Ukrainian energy company while his father was vice president. Questions have been raised by Republicans over how Biden pushed as vice president in 2016 for the dismissal of a Ukrainian prosecutor who was looking into corruption at the company. The prosecutor – as a matter of record, he had been widely accused of overlooking corruption in his own office by other nations – was later dismissed.

Meanwhile, the entire field of Democratic presidential candidates is now fully supporting the House Democrats' move this week launch an impeachment inquiry into Trump over the Ukrainian scandal.

The final holdout in the record-setting roster of White House hopefuls – Rep. Tulsi Gabbard of Hawaii – came on board on Friday.