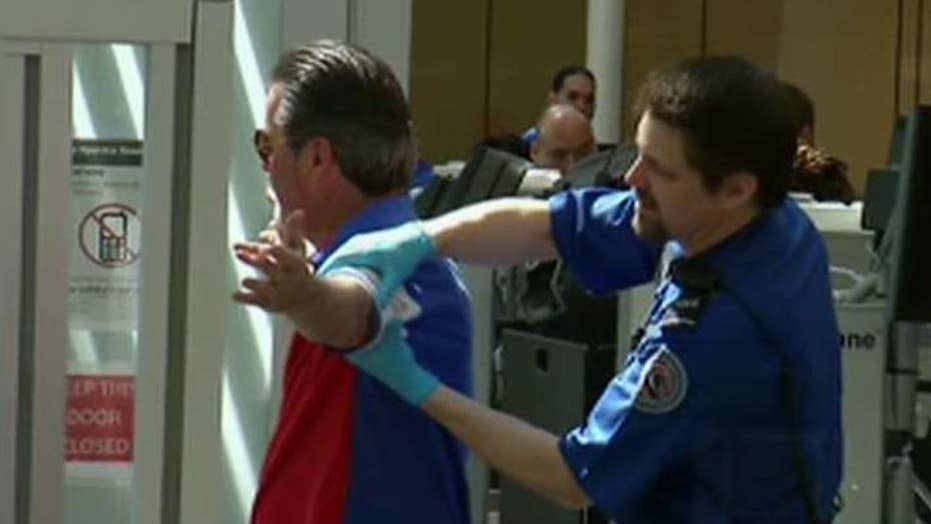 The Transportation Security Administration came under fire Wednesday after it emerged the agency spent $47,000 on an app that points left or right -- something tech experts say could have been created by a novice coder in a day.

According to documents obtained by a Freedom of Information Act request by developer Kevin Burke, the TSA paid $336,413 as part of a larger $1.4 million contract with IBM. A TSA spokesman later told Mashable that $47,600 was paid for developing the app and the $336,000 was awarded in a 2013 contract more generally for “mobile application development.”

The app was used to randomly assign passengers a lane at certain airports, in order to shuffle some into a faster PreCheck lane where passengers don't have to remove coats, belts and shoes. A 2014 Bloomberg article explained the app was a way of making it harder for terrorists to detect patterns and exploit them. It also aimed to restrict racial profiling.

Burke explained in his blog post that “a beginner could build [the app] in a day." A number of tech sites have pointed out that programs that create random outputs are one of the first things a coder learns.

Rep. Darrell Issa, R-Calif., blasted the expense in a tweet, saying there was "no reason" for taxpayers to pay that much.

No reason taxpayers should pay $47,000 for an app any intro coder could make in 10 mins to randomly point ⬅️ or ➡️
https://t.co/T3XcmWSwxq

The app is no longer in service. The ‘managed inclusion’ system of which it was a part was dropped in 2015 after a convicted felon was guided into the PreCheck lane.