As President Trump’s approval numbers slope upwards, Democrats appear to be losing confidence in the idea they can win back control of Congress just by riding the wave of anti-Trump sentiment.

Last week, the president’s approval in the Real Clear Politics polling average reached its highest point in 14 months, with 44 percent approving of his job performance and 52 percent dissapproving. That eight point gap is the smallest since March 2017, three months after Trump won the presidential election.

“It is definitely moving in our direction, and I think we defy history in these midterms,” New York Rep. Elise Stefanik, the recruitment chairman for the National Republican Congressional Committee, said Monday on Fox News’ “The Daily Briefing with Dana Perino.”

Historically, the party of the incumbent president loses seats in midterm elections. Republicans hold a slim 51-49 advantage in the Senate. Democrats need to win 24 seats to flip the House. 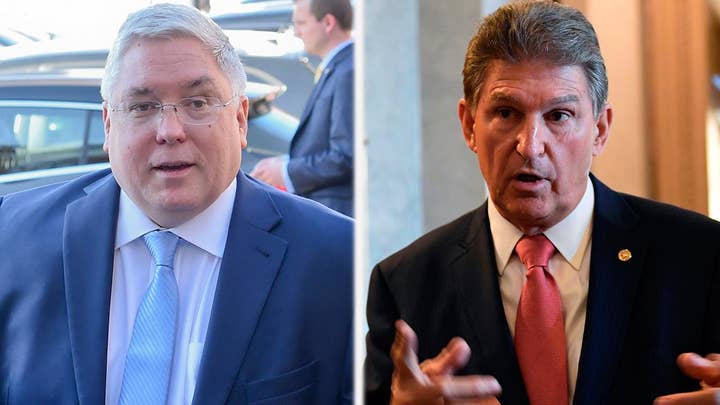 But Democrats admit it's no given they will win back a majority, admitting the political landscape has shifted.

“I think anyone who was proclaiming victory a couple of months ago was premature,” Michigan Rep. Daniel Kildee of Michigan, who is on the Democratic Congressional Campaign Committee leadership team, told the Washington Post. “I think the president’s standing obviously has some impact.”

Fox News’ most recent polling shows Trump with a 44 percent approval rating, with 53 percent disapproving. That’s an improvement from October, for example, when 38 percent of those approved, and 57 percent disapproved.

In some toss-up Senate races, Trump is quite popular, something Democrats openly acknowledge. In West Virginia’s recent Republican Senate primary, the top three candidates battled each other by arguing they were more committed to enacting the president’s agenda than the others.

Speaking to the Washington Post, incumbent West Virginia Democratic Sen. Joe Manchin expressed hope that Trump won’t stump much for Republican nominee Patrick Morrisey: “The more he can stay out of West Virginia and direct his energies elsewhere would be helpful.”

President rallies supporters, swipes at critics; reaction and analysis from 'The Five.'

Trump’s numbers have improved, as the economy has been thriving and the president has been boasting of the tax reform bill he signed into law late last year. Trump has also seen success abroad, as significant gains have been made in decimating ISIS and the president prepares for a summit with North Korean leader Kim Jong Un on denuclearization.

Still, the president remains hampered with Special Counsel Robert Mueller’s probe looking into Russia’s attempted interference in the 2016 election. Some Democrats have pushed for trying to impeach Trump, should their party win back control of the House in November.

During a rally last week after Indiana wrapped up a divisive Republican Senate primary, the president praised a lengthy ticket of House and Senate candidates by name and predicted Democrats would dismantle his agenda if they regained control of Congress.

"You have to work every day between now and November to elect more Republicans so that we can continue to make America great again," Trump said, referencing his 2016 campaign slogan.