How presidents help the nation heal after tragedy

Sen. James Lankford said Sunday that while President Trump needs to be more clear and less caustic in his language, he doesn’t believe that there is any connection between the president’s rhetoric and Saturday’s mass shooting in Pittsburgh.

"These are just hate-filled individuals who are very deranged," Lankford, R-Okla, said on CBS’ “Face the Nation, adding that "this particular shooter also condemned President Trump," as he believed the president to be in league with "globalists."

Lankford’s comments come amid criticism from prominent Democrats, members of the media and even some in the president’s own Republican Party that Trump’s fiery rhetoric in speeches and on social media is creating an atmosphere conducive to political violence.

Earlier in the week, CNN President Jeff Zucker took aim at Trump after the news channel’s headquarters were evacuated when it received a suspicious package intended for former CIA Director – and CNN analyst - John Brennan.

"There is a total and complete lack of understanding at the White House about the seriousness of their continued attacks on the media," Zucker said in a statement.

The man arrested in connection with sending a slew of mail bombs to critics of Trump, 56-year-old Cesar Sayoc, is  a fervent supporter of the president and had a sticker on his van that read “CNN Sucks.” 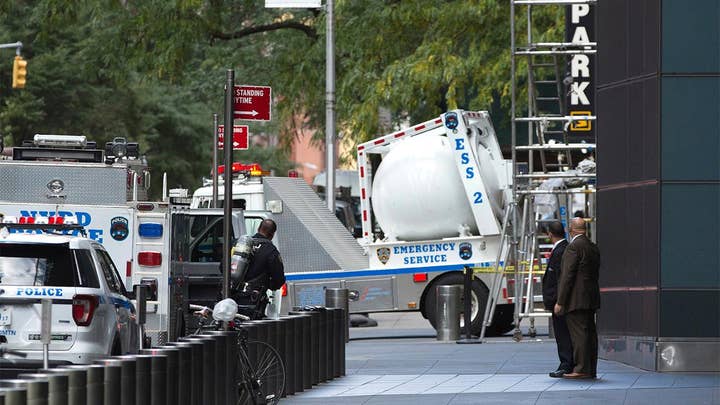 Lankford told CBS anchor John Dickerson on Sunday that Trump’s rhetoric does not meet the Oklahoma lawmaker’s standards for being presidential.

He added: "That's the way he chooses to be able to communicate these things, and I don't think it's always helpful in that.”