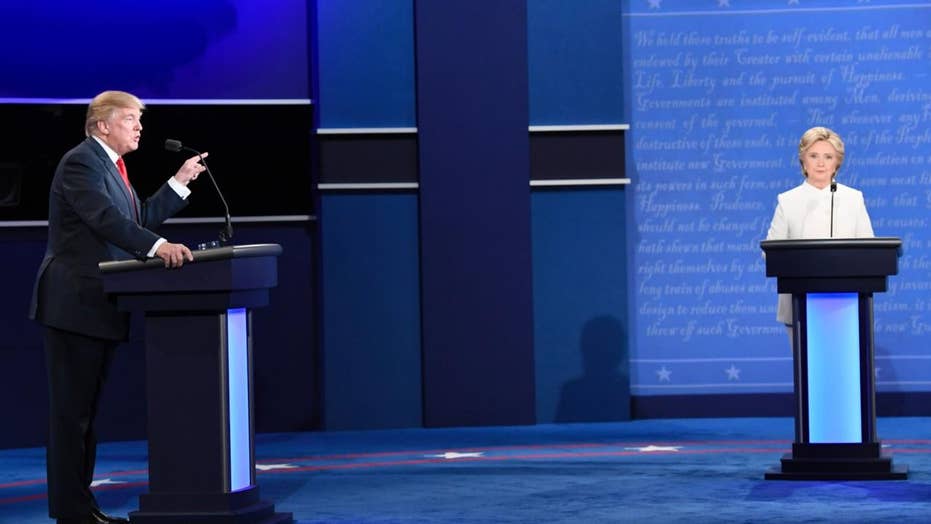 A prescient exchange from a 2016 debate between now-President Trump and Hillary Clinton has gone viral and gained new traction amid the newly stoked abortion debate over state bills aimed at loosening restrictions on third-trimester terminations.

A video from the final presidential debate in October 2016 in Las Vegas, Nev., circulated on social media Friday, showing then-candidate Trump blasting former Secretary of State Clinton over her stance on abortion, describing in graphic terms what he alleged to be her position on the issue.

He continued: “Because based on what she’s saying, and based on where she’s going and where she’s been, you can take the baby and rip the baby out of the womb in the ninth month, on the final day. And that’s not acceptable.”

“Well, that is not what happens in these cases and using that kind of scare rhetoric is just terribly unfortunate,” she rebutted. “This is one of the worst possible choices that any woman and her family has to make, and I do not believe the government should be making it.”

Trump was criticized at the time for allegedly mischaracterizing the issue, with The Washington Post fact-checking the GOP presidential candidate after the debate. Most abortions in the U.S. indeed are performed in the first trimester of pregnancy, and third-trimester abortions remain rare. But the exchange has taken on new significance as states move to roll back restrictions for third-trimester abortions.

In Virginia, a sponsor of a bill that would repeal certain restrictions on third-trimester abortions sparked a national controversy when she was asked earlier this week about a similar scenario -- and whether a woman about to give birth and dilating could still request an abortion.

“My bill would allow that, yes,” Democratic Del. Kathy Tran said of the bill, which was tabled in committee.

Later, Tran defended her stance but walked back her remarks, telling The Post that she “misspoke,” and “really regret[s] that.” 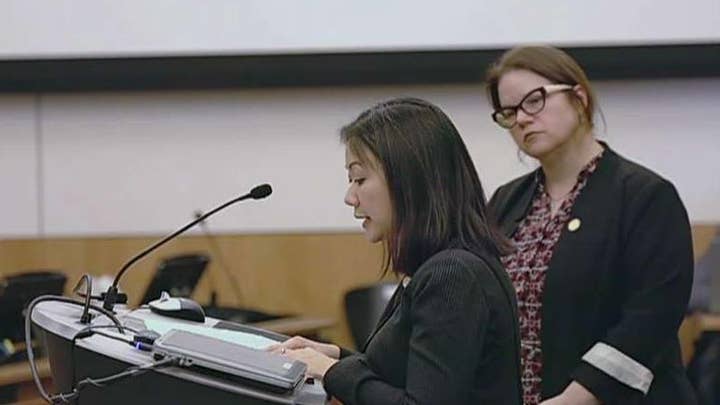 “I should have said: ‘Clearly, no, because infanticide is not allowed in Virginia,'” she told The Post.

But Virginia’s Democratic Gov. Ralph Northam, a pediatric neurologist, was accused by conservatives of opening the door to just that when he said in a WTOP interview that third-trimester abortions are done with “the consent of obviously the mother, with consent of the physician, multiple physicians by the way, and it’s done in cases where there may be severe deformities or there may be a fetus that’s not viable.”

Northam defended his remarks and accused critics of twisting his meaning, saying: "I have devoted my life to caring for children and insinuation otherwise is shameful and disgusting."

Sasse responded: “What’s shameful is that you're too cowardly to say point blank that it’s wrong to leave babies to die after birth. You could have said that yesterday.  But because you’re terrified of an extremist pro-abortion lobby that now defends even infanticide, you're still ducking."

Amid the controversy, Trump this week blasted the Virginia proposal but also referenced his remarks in the 2016 debate.

“I thought [Tran’s] statement was terrible,” Trump said in an interview with The Daily Caller. “Do you remember when I said Hillary Clinton was willing to rip the baby out of the womb? That’s what it is, that’s what they’re doing, it's terrible.”

Virginia’s effort comes after New York passed a bill last week that also loosened restrictions on abortions, and as New Mexico, Massachusetts, Rhode Island, Virginia and Washington have either passed new laws expanding abortion access or are moving toward stripping old laws from the books that limit abortions.

Under New York's legislation, non-doctors are now allowed to conduct abortions and the procedure can be done until the mother’s due date if the woman’s health is endangered or if the fetus is not viable. The previous law only allowed abortions after 24 weeks of pregnancy if a woman’s life was at risk.