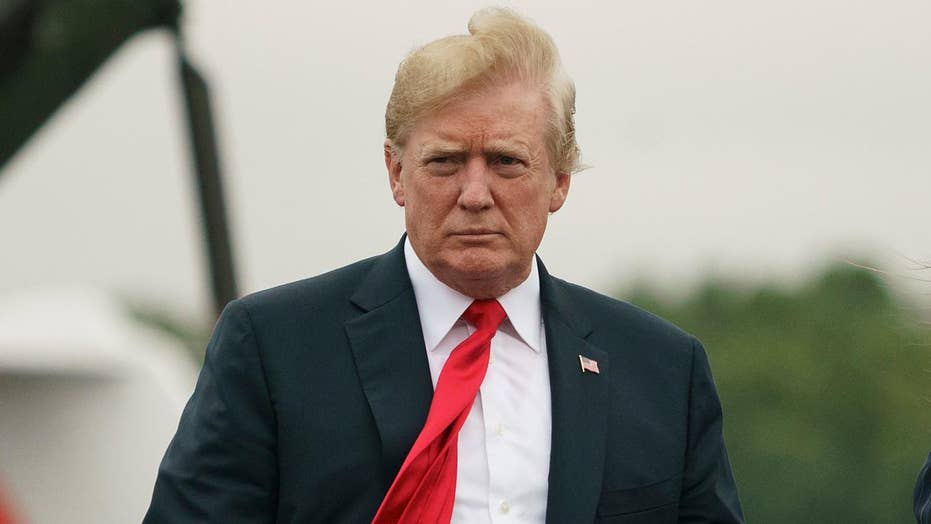 President tweets a warning to Iran to never threaten the U.S. again or face historic consequences; Doug McKelway reports on reaction from the White House.

The tweet came on the heels of Rouhani’s warning to Trump that hostile policies could lead to the “mother of all wars" with Iran.

Trump called for Rouhani to stop the rhetoric or--in caps lock-- “suffer the consequences the like of which few throughout history have ever suffered before. We are no longer a country that will stand for your demented words of violence and death. Be cautious!”

The agency, a government mouthpiece, also said Monday that Trump's comment was only mimicking and copying Iranian Foreign Minister Mohammad Javad Zarif who had in the past warned the West to "never threaten an Iranian."

Rouhani earlier warned Trump to stop "playing with the lion's tail" and threatening Iran, "or else you will regret it."

Trump earlier this year pulled the U.S. out of the international deal meant to prevent Tehran from developing a nuclear weapon and ordered increased American sanctions.

Trump has suggested Iranian leaders are "going to call me and say 'let's make a deal'" but Iran has rejected talks.

Rouhani has previously lashed out against Trump for threatening to re-impose the sanctions, as well as for moving the U.S. embassy to Jerusalem and banning travel to the U.S. from certain Muslim-majority countries. Rouhani also said that a peace with Tehran is like "the mother of all peace."

Sources told Reuters that U.S. officials have launched an effort to foment unrest in Tehran and put pressure on the country’s leaders to end its nuclear program.