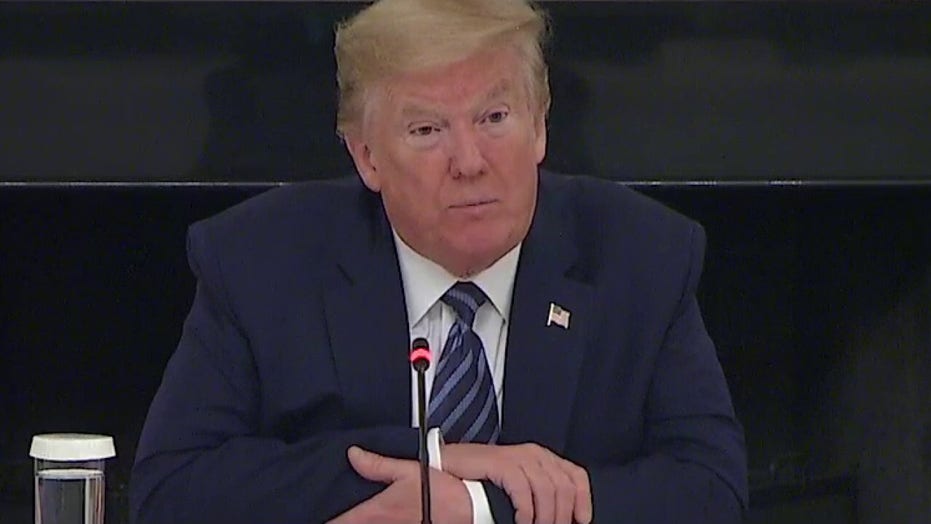 President Trump vowed a “transition to greatness” as the country begins to rebuild its economy after the coronavirus lockdowns during a meeting with Republican lawmakers at the White House on Friday.

The president, joined by a number of congressional Republicans, discussed the future of the economy, insisting it would recover in just a matter of months.

The president said that the “third quarter” would be a “transition,” and that the “fourth quarter is going to be good.”

“There’s tremendous pent up demand,” Trump continued. “And next year, we’re going to have a phenomenal year.”

Congressional Republicans were invited to the White House Friday to discuss potential next step economic measures amid the coronavirus pandemic, as states across the nation begin to lift stay-at-home orders and soften social distancing guidelines.

The president also hinted that politics were at play, with regard to states lifting their orders and returning to work.

“You see what’s going on at statehouses all over the country,” Trump said, with regard to protests over stay-at-home orders. “They want to come back. Some people don’t for political reasons—which is sick—but the real people that want this country to be great again, they want to get back.”

The president went on to tout his administration’s response throughout the COVID-19 pandemic.

"We have to start all over again,” Trump said of the economy. “And we will...and we'll build something that was even better than we had before.”

“That’s the one thing we can’t do anything about, unfortunately.”